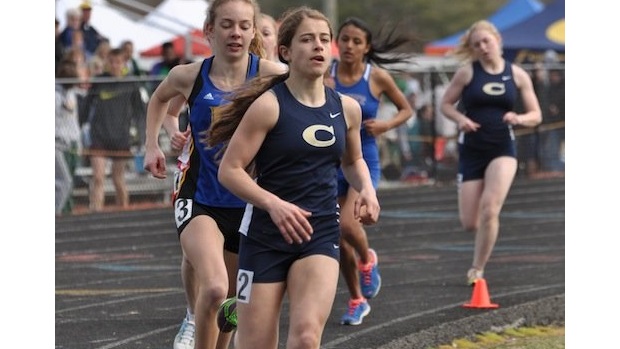 The River Ridge District has been a great pipeline of great female distance runners over the years and another young star is in line to continue that line of talent in Christiansburg freshmen Mikayla Richardson. Richardson (pictured by Andrew Kicinski) led the Christiansburg cross country team in the fall with a 7th place finish in the Group AA state race and was All-State indoors in the 500 meter dash (8th place). The 800 appears to be her event this spring as she opened with a 2:23 runner-up finish to Katie Fortner at the Knights Track Classic last weekend before winning the 400 meter dash (1:02.09) this past weekend at Abingdon High School for the Falcon T&F Challenge. 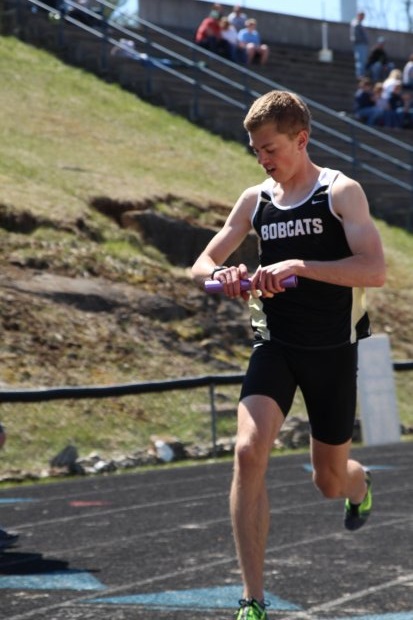 Walker Mogen had time to check his watch in the 4x800 meter relay at the Falcons Challenge as he began his anchor leg for his Group A squad Radford, which took first in an impressive winning time of 8:11. Next year with the new classification system, the 4x800 meter relay is expected to be offered in championship season for the small schools which it currently is not the case during the outdoor season for Group A schools like Radford. It appears that the small schools like Radford have no problem finding four middle distance runners at their schools to put together a formdiable 4x800. (Photo by Flip Bishop)