This year's USATF Junior Olympic Track & Field Championships are being held within reasonable driving distance to most Virginians who participate in summer track at North Carolina A&T's outdoor track & field facility in Greensboro, North Carolina starting on Monday, July 22nd and running through Sunday, July 28th. MileStat.com will be provide daily summaries of top performances by Virginia high school athletes competing in Greensboro next week as a solid contigent of our state's own will be competing for USATF All-American honors in their respective age groups and events. More meet information below. 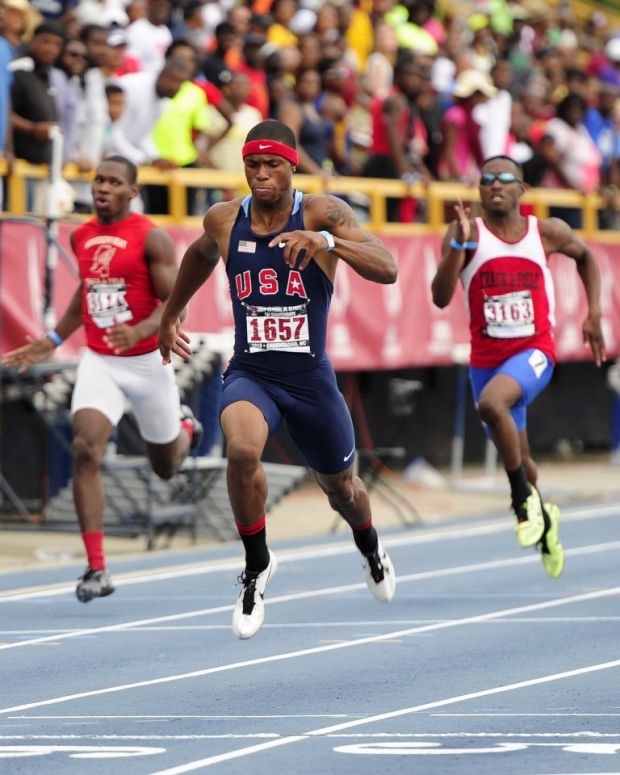 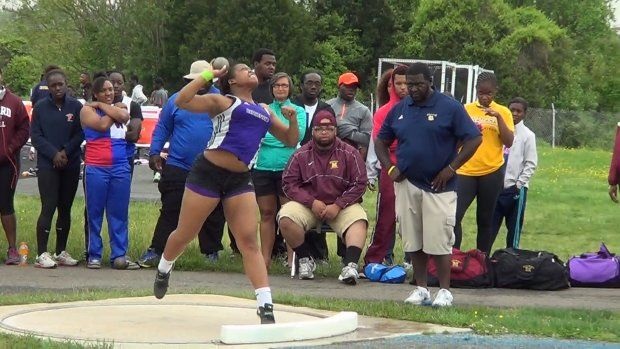 Battlefield rising senior Galissia Cause threw for a new personal best mark of 44'4.75"  in the shot put this week in Greensboro at the USATF Junior Olympic National Championships to finish as a national runner-up in the young women (17-18) age group division.Later in the meet on Friday, Battlefield's Galissia Cause threw for her 2nd PR & All-American finish at USATF JO's with a 5th place mark of 142-11 in the discus. 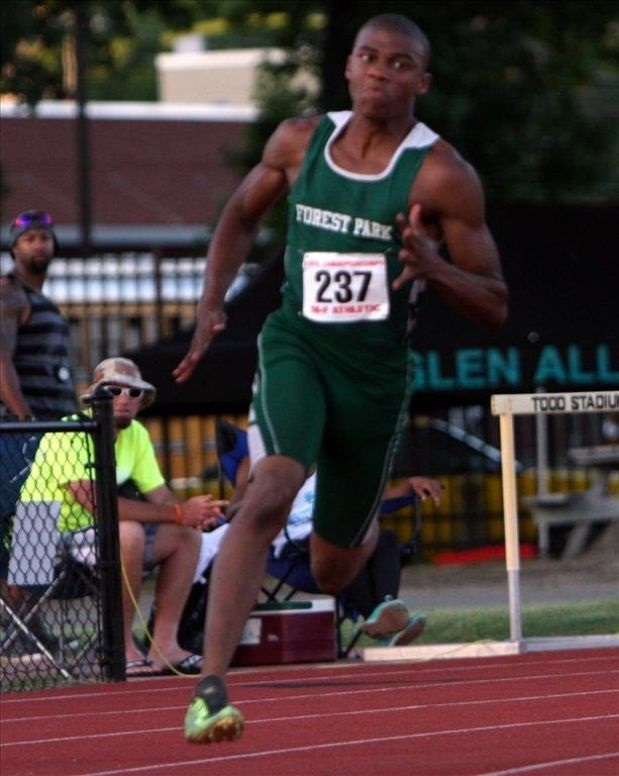 Forest Park's Joshua Washington nearly went sub 21 in the 200 prelims at the USATF JO's as the fastest qualifier in the young men's division for the semi-finals with a personal best 21.03 clocking. His Forest Park teammates Mustaqeem Williams (3rd, 21.12) and Ricky Morgan (12th, 21.50) also advanced easily onto the next round of the 200 meter dash. 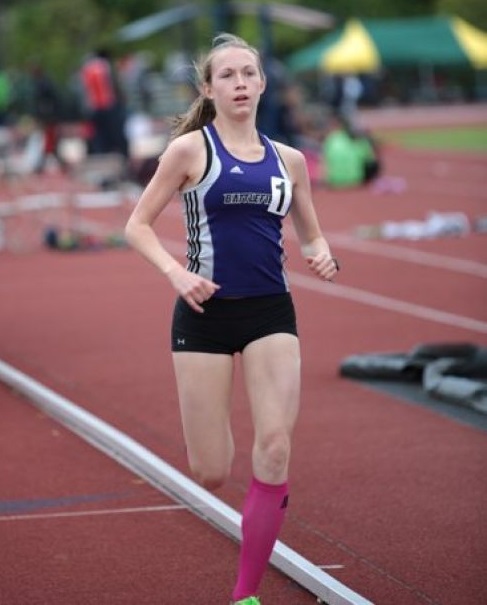 The Group AAA state champion at 800 meters, Ellison Grove of Battlefield, started out her pursuit of All-American honors and potentially become a national champion at the USATF Junior Olympics by winning her preliminary heat with a 2:13.83 to make Grove the second fastest qualifier heading into Saturday's finals. In the finals, Grove had to settle for third place and All-American honors with a time of 2:14.58 for the rising senior. 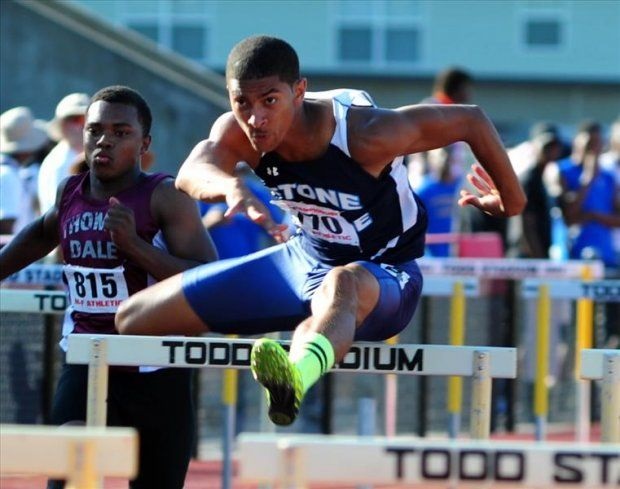 Stone Bridge's D'Ante Yarborough may be flirting with a sub 14 second clocking in the 110 meter hurdles after posting a time of 14.11 in the first round at the USATF Junior Olympic National Championships on Thursday as the leading qualifier in the young men's division. Yarborough was the Group AAA state runner-up in the event and just missed All-American honors at the New Balance Nationals after making the finals in the event, but appears in great position to contend for a USATF Junior Olympic age group national title this week. In Saturday's semi-finals round, Yarborough won his heat in a slightly slower time than his first round at 14.24 to move onto finals as 3rd fastest qualifier at the USATF JO's. In the finals, Yarborough finally got that sub 14 second performance in the 110 meter hurdles with an All-American 3rd place showing of 13.92. 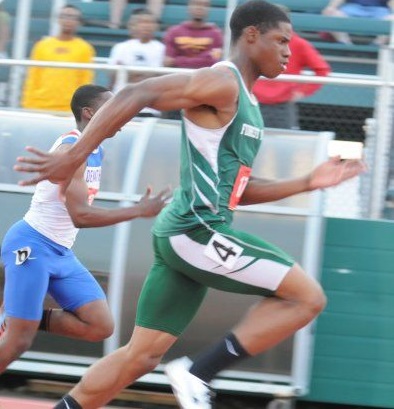 A national runner-up in the young men's finals of the 100 meter dash at last year's USATF Junior Olympic National Championships, Mustaqeem Williams of Forest Park is vying to become a national champion this time around after starting out as the fastest qualifier in the first round of the 100 meter dash with a 10.45 clocking. Forest Park teammate Josh Washington also moves onto the next round following a 10.60 PR clocking the 100 meter dash prelims. Williams came back later in the 200 semis on Thursday to run the state's fastest time and US #5 in the event with a 20.77 clocking to make him the top qualifier and US #5 ranking for the finals in that event. In Saturday's finals of the 200 meter dash, Williams earned his first national title with a new personal best time of 20.64 in the 200 meter dash finals and will be the top seed in the 100 dash finals on Sunday after a 10.53 performance in the semis. 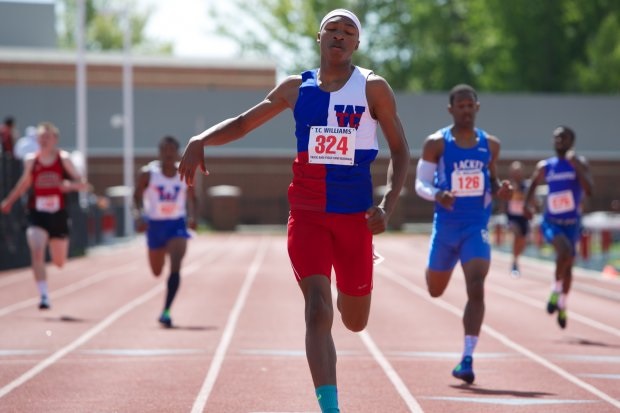 T.C. Williams rising soph Josephus Lyles was the top qualifier for 15-16 boys 400 prelims at USATF JO's in 48.48 clocking. Lyles then lowered his time in the semis with a 48.22 to be the 4th fastest qualifier entering Sunday's finals. He will be featured in two finals on the last day of competition in Greensboro after clocking the 3rd fastest time overall in the 200 meter semis with a 21.86 performance. Lyles finished the meet as a USATF JO national runner-up in finals of 15-18 age boys 400 with 48.11 performance, whiled 3rd for All-American honors in the 200 with a 21.86 clocking. 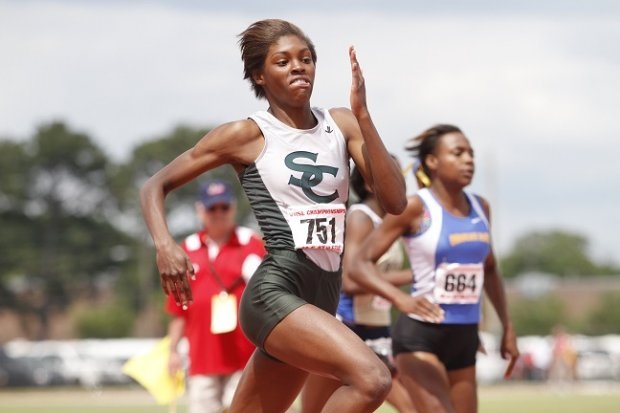 One of Virginia's all-time greats in South County's Felecia Majors competes one last time before she begins her collegiate career at Tennessee as she goes through the rounds of the 400 meter dash at the USATF JO's. Majors wons her 400 prelim heat in 55.43 (5th fastest overall) to move onto next round, which she lowered her time and improved her position even more for the finals on Sunday with a 54.39 performance (2nd fastest overall). In the finals on Sunday, Majors ran a new PR and VA #3 all-time performance of 53.61 to claim her first national title in the USATF JO 17-18 girls age group for the 400 meter dash. 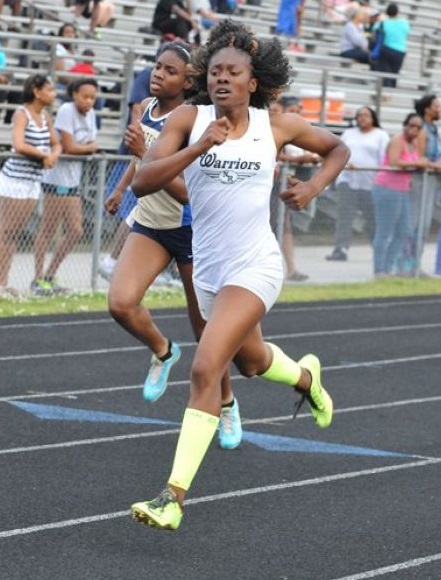 Nansemond River rising sophomore Brandee Johnson became a USATF national runner-up in the 15-16 age group for the girls 200 dash with a 24.36 clocking in finals on Saturday. 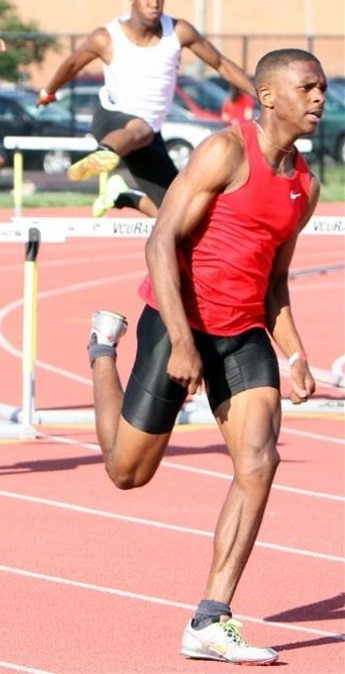