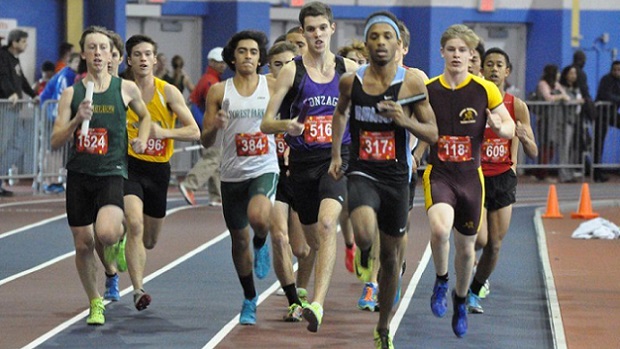 MileStat.com will be providing live updates via twitter (follow us @milestatdotcom) as well as post event by event results on the meet page during short breaks in action from the Friends of Indoor Track Invitational on Saturday, December 28th at the Prince George County's Sports & Learning Center in Landover, Maryland.  The meet will feature over 1,200 athletes from roughly 50 schools from the states of Virginia and Maryland as well as the District of Columbia. Check back after the meet for complete results, highlights, race videos, and photo galleries to be posted over the weekend. 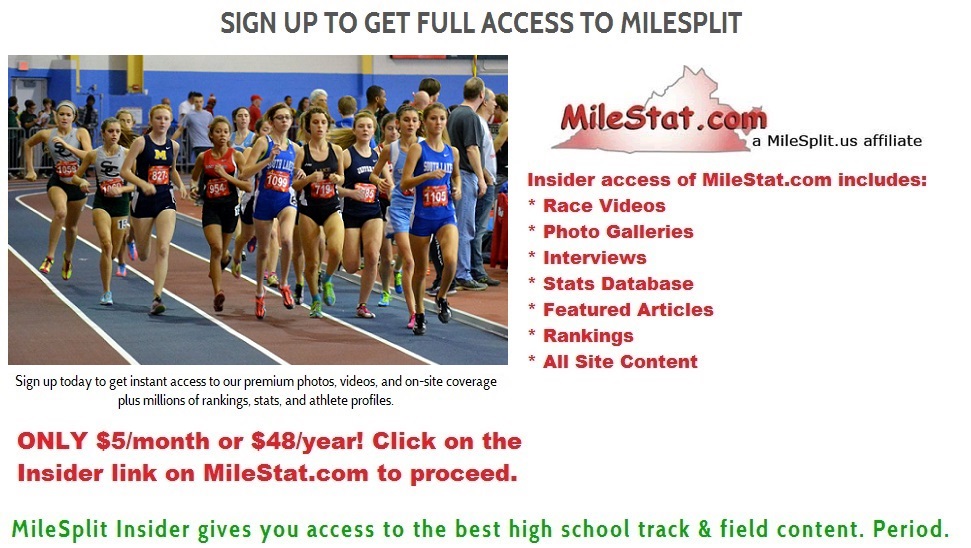 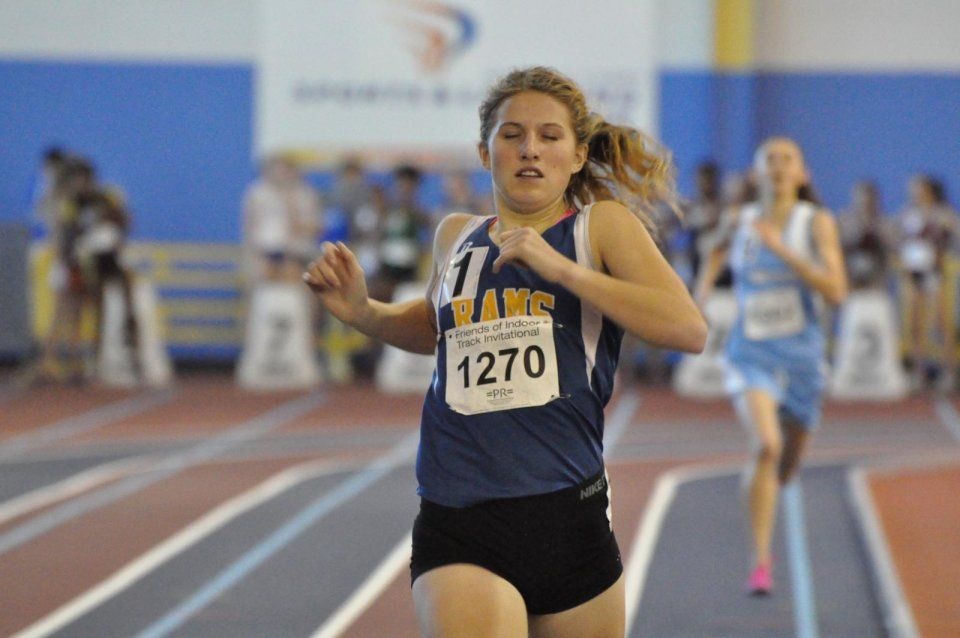 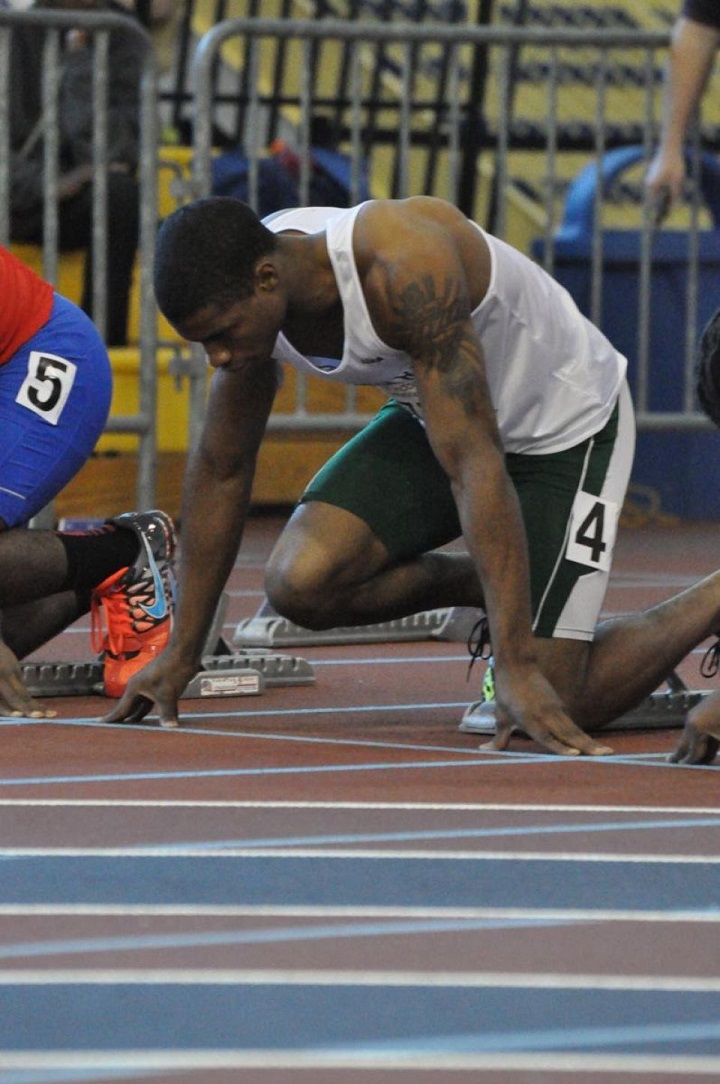 Girls Triple Jump - Elizabeth Seton (MD) senior Javonne Antoine is currently one of the nation's top performers in this event as she is currently ranked US #1 after two big jumps at Boo Williams in previous weekends. Will she get her first mark over 40 feet this weekend and possibly challenge the 1997 meet record of 39'7.50" by West Potomac's Yolanda Thompson? Lake Braddock freshmen Skyla Davidson is the top seeded Virginian in the event coming in second best at 37'6.50". Davidson's development could be an unexpected point boost for the Lake Braddock state title cause.

Girls Pole Vault - After both South County's Morgan Knight and Westfield's Katie Freix both no heighted last weekend at the =PR= Holiday Invitational, Rachael Fasana cannot expect a repeat from both, which will likely benefit her in her pursuit of her first clearance over 11 feet this season. 11 feet would tie her current PR in the event as she currently owns a season best clearance of 10'6", which she has achieved twice this season. Knight would be her top challenger with a 10'9" all-time best in the event if she can correct her early season woes in the event.

Girls Shot Put - After fouling out last weekend at PG and opening the door for James W. Robinson sophomore Maria Muzzio to win the event, Battlefield senior and last year's Group AAA state champion Galissia Cause returns back to Landover to redeem herself and get at least one legal mark win, likely over 40 feet. Muzzio will be looking to seize the opportunity once again if Cause falters.

Boys Shot Put - Riverdale Baptist junior Rashad Manning is knocking on the door of a 60 foot throw indoors as he currently sits at a US #4 season best mark of 59'0.50" in the shot, which was recorded last weekend at the =PR= Holiday Invitational.  He is the top seed in the event by nearly a full 6 feet with James W. Robinson junior Garrett Weatherbee as the next best at 53'5", so Mannining will be competing with himself in seeing if he can put together that perfect throw over 60.

Boys 55 Meter Dash - Any event that Forest Park's Mustaqeem Williams competes in is an event to watch with Williams being one of more exciting and talented track & field athletes to come from the state of Virginia in recent years. Williams last week leaped a US #1 mark of 24'6" in the long jump and ran on the relays. He steps on the track for the first time individually in an event that he has already won two Virginia state titles in and expects to challenge for the US #1 time for much of this season in the 55 meter dash. Williams has a 6.37 personal best in this event and he will be pressed to run that fast with two members of DeMatha Catholic's (MD) US leading 4x200 meter relay in the field between junior Darryl Haraway (6.42) and freshmen Anthony McFarland (6.45).

Girls 3200 Meter Run - They worked together in the cross country season as teammates to qualify for the Foot Locker Nationals together. Lake Braddock's Hannah Christen and Katy Kunc will again work together on Saturday at PG to hopefully post quick times in the 3200 under 11 minutes and take care of the state automatic qualifiers in the distance event in their first track races of the season following the a late cross country season with the Foot Locker Nationals race in San Diego on December 14th. Christen was an All-American two years ago as a sophomore indoors in the two mile and has run as fast as 10:20's at the distance.  Kunc has only ran the 3200 twice indoors (11:16 best), but coming off a top 20 finish at Foot Locker Nationals appears ready for a big PR drop.

Girls 4x800m Relay - James W. Robinson girls could potentially have a very strong 4x800 this year with the likes of Macey Schweikert and Lauren Berman. Robinson is the top seed at 9:40 and could challenge the state best time in the event of 9:43 along with Battlefield, who may or may not having their state champion half miler Ellie Grove racing as she would be traveling back from a Friday afternoon race at the New York Armory. The Robinson girls ran under 9:40 last spring, while 3rd seeded squad from Maryland in Hereford High School posted a time of 9:43 at last year's New Balance Indoor Nationals.

Boys 55 Meter Hurdles - Moses Kennedy of McKinley Tech (DC) won the 55 meter hurdles last week at PG with a 7.79 personal best clocking, while DeMatha Catholic's Kordell Williams was up at the Armory in New York City and posted a swift time of 7.65 in the 55 meter hurdles. Two of the better hurdles in the DC Metro area will get a chance to face off before the New Year as the top two entrants at the F.I.T. Invite.

Boys 1600 Meter Run - The leaders of this past fall's Group 6A cross country team champions from Chantilly in Ryan McGorty and Dakota Lange will be racing for the first time indoors this season as the top two seeds in the 1600. They were nearly inseparable in races this fall as the front runners for the Chargers. McGorty ran 4:28 in the 1600 twice last spring as a sophomore, while Lange ran 4:26 numerous times last spring while living in Utah. Also in the race are two runners from teams who were also in the mix in that tightly contested 6A cross country team title in James Robinson's John Tolbert and Battlefield's Haben Zemichael. West Springfield's Owen Buck may have the best leg speed in the group as the sophomore has already run a 2:33 1000 this season coming off a strong freshmen year of track running sub 2 minutes in the 800 and down to 1:08 in the 500.

Boys 500 Meter Dash - With 6 competitors with personal bests at 1:07 or faster, the fast section should be a thriller for the boys 500 and see several US top 10 times posted led by the only sub 1:07 in the field in Abdur-Rahaam Kelly from Theodore Roosevelt (DC).  DeMatha Catholic (MD) will have a pair of athletes in the seeded section with Justin Hamilton (1:07.45) and John Oputa (MD).  Archbishop Carroll (DC) also will showcase its depth with four of the top 9 entrants (all sub 1:10) coming from their school. No Virginians will be in the fast section as it is only a MD/DC affair for this event.