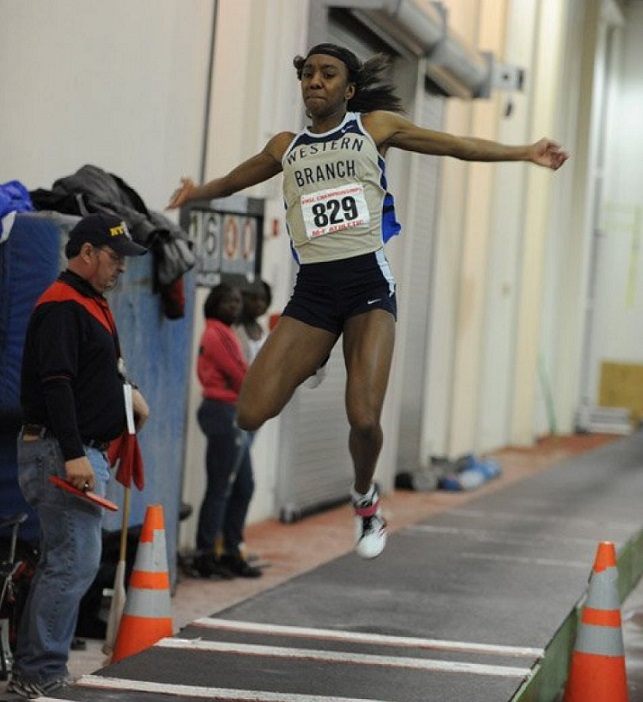 Western Branch junior Milan Parks had the top performance of the joint Conference 2 & 10 regular season meets that were held on Monday evening at the Boo Williams Sportsplex in Hampton. Parks was able to pop a new personal best mark of 19'6.75" in the long jump to push herself to a US #2 ranking in the event and make herself also the top ranked in the state of Virginia currently. Parks has went over 19 feet twice before and was last year's Eastern Region indoor champion in the event. She has also earned All-State honors individually in several events, but should find herself in good position to compete for her first individual title this indoor season in the long jump in the Group 6A classification.

MileStat.com had on-site photo coverage from the meet by Mary Ann Magnant. Photo Gallery can be found below as well as meet results and performances from both meets.