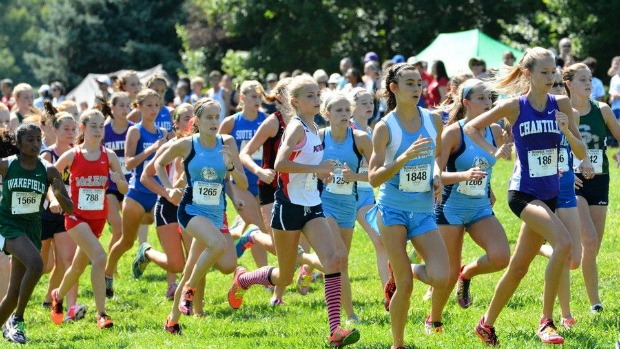 It certainly seems to be up for grabs on the boys side in the team title race. A couple of squads that may have competed in invitationals for a few successive weeks could be looking for a break and also a couple of the larger schools have their top seven competing elsewhere, although they are entered in all the other races.     Among those expected to roll out their top seven, they seem to be fairly close, based on results from earlier in the season. At the big invite at Oatlands Plantation three weekends ago, Chantilly finished third with Jefferson S&T fourth and Washington-Lee fifth while Potomac Falls was second at the Loudoun County championships a week and a half ago.    Chantilly is led by senior Ryan McGorty, who placed fourth individually at Oatlands and was the winner of the Monroe Parker Invite at Burke Lake in early September and the Judges Classic at Handley later in the month, while Jefferson does not have a front runner such as McGorty, but has a more narrow team split between runners one through five led by senior Chris Blagg, junior Nate Foss and sophomore Saurav Velleleth. 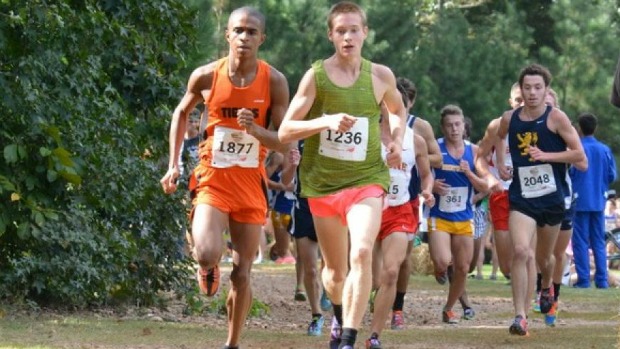 Individually, the runner to watch in this race and any other race he runs all the way up to and including the national stage, is junior Drew Hunter of Loudoun Valley. The 3A state cross country champion last year as a sophomore, he was not able to log too many impressive times that following winter because of Loudoun County's lack of indoor track and field participation in the conference, region or state process, but achieved major notoriety upon winning the 3,000 meter run at the Penn Relays in a sophomore class record of 8:16.31.   He followed that up with state 3A titles in the 1,600 and 3,200 run outdoors and came very close to the sophomore class record in the two mile run in 8:53.81 at the New Balance Outdoor Nationals this past June and has been on a roll ever since.   With his eye on major races at the end of November and early December, but not trying to look too far ahead, Hunter captured the Great Meadow Invite in The Plains early last month along with victories at Oatlands and the Loudoun County championship and made a big splash last weekend in winning the featured race at Great American in Cary, North Carolina with a time of 14:46 over their 5k course, with his closest pursuer over twenty seconds behind in a very solid field.   Can't go to the wall every time out and Hunter has stated that going for the victory at this year's meet matters more than running for a specific time goal. 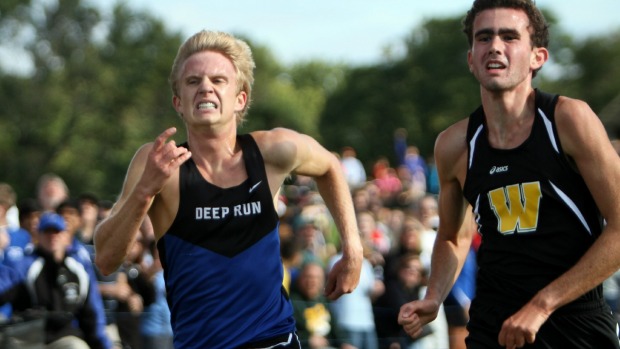 Another top competitor entered, as long as the SAT's that day don't take too much of a toll, is Westfield's Johnny Pace (pictured above), one of the area's most improved runners in the past year. Pace certainly raised some eyebrows with his third place finish at Oatlands as someone to be reckoned with and came through with his first big invitational win ever last weekend in The Plains at Octoberfest as he outlasted highly regarded Matt Novak of Deep Run on the homestretch.   Others to watch include the aforementioned Ryan McGorty of Chantilly; McLean senior Matthew Burke, who was fifth at Octoberfest; senior Ashenafi Kinadu of Woodbridge, seventh at the Maymont Invite in Richmond two weekends ago; seniors David Fitzgerald of Winston Churchill (MD), West Springfield's Evan Fabish, Andrew McCool from South Lakes, Ethan Newland from Broad Run and Tre Fields of Atlee, along with juniors Tristan Colaizzi from Georgetown Day, Maxwell Carpenter of George Marshall, Millbrook's Tyler Cox-Philyaw and Gonzaga's Jacob Floam and sophomore Alec Schrank from Millbrook. 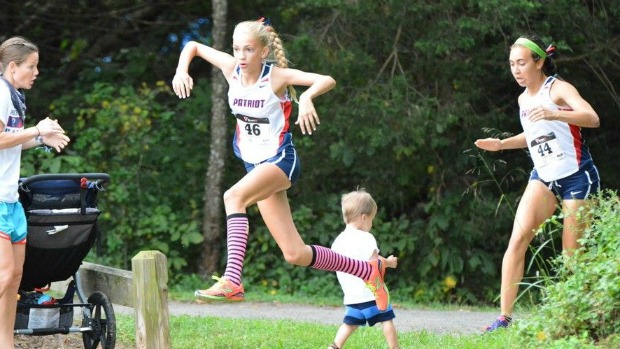 The girls team title seems to be wide open as well with Patriot, George Marshall and Washington-Lee appearing to be among the top teams. Patriot was second at Octoberfest and have as their top runner, sophomore Rachel McArthur, who was six individually in the seeded race at Octoberfest. The race co-winners were Marshall freshmen twins Ashley Holt and Heather Holt, both of whom also finished among the top ten at Oatlands, while W-L, which lost some top runners due to graduation, was still third at Oatlands and are led by senior Donia Nichols. 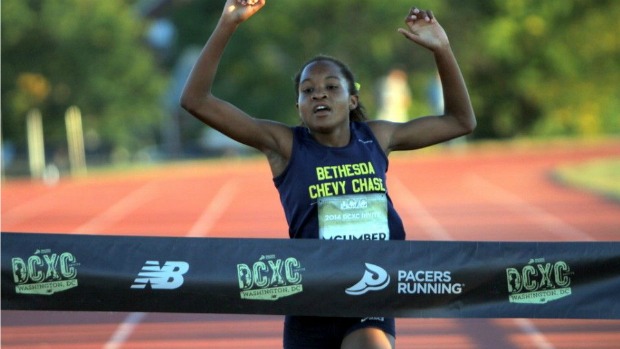 The individual title on the girls side appears less predictable than the boys version, but it could come down to a battle between Loudoun Valley senior Ciara Donahue and senior Nora McCumber of Bethesda-Chevy Chase. Donahue was a solid second place finisher at Oatlands and McCumber recorded the second fastest time overall at the DCXC Invite in the nation's capitol, where the meet was set up as running versus your class grade.    Other top ten aspirants include seniors Emily Kaplan of Georgetown Visitation, who was second at this meet in 2012, and Chloe Bavin of Atlee; juniors Taylor Knibb from Sidwell Friends, Sara Freix of Westfield, Caitlin Donovan of Atlee and Reagan Bustamante from West Springfield along with sophomores Isabelle Oliver from Trinity School at Meadow View, Loudoun County's Grace Howard and Emily Keast of West Springfield and South County's Louisa McPherson.