This past weekend we hosted the largest MileStat Invitational to date! With well over 2,000 athletes and 80+ teams, it was a huge success. Big thanks of course to all those that attended and helped make this meet a special one. Enough of the small talk, let's get to the action.

For more coverage, videos, photos, and all the splits & results check out the meet page here! 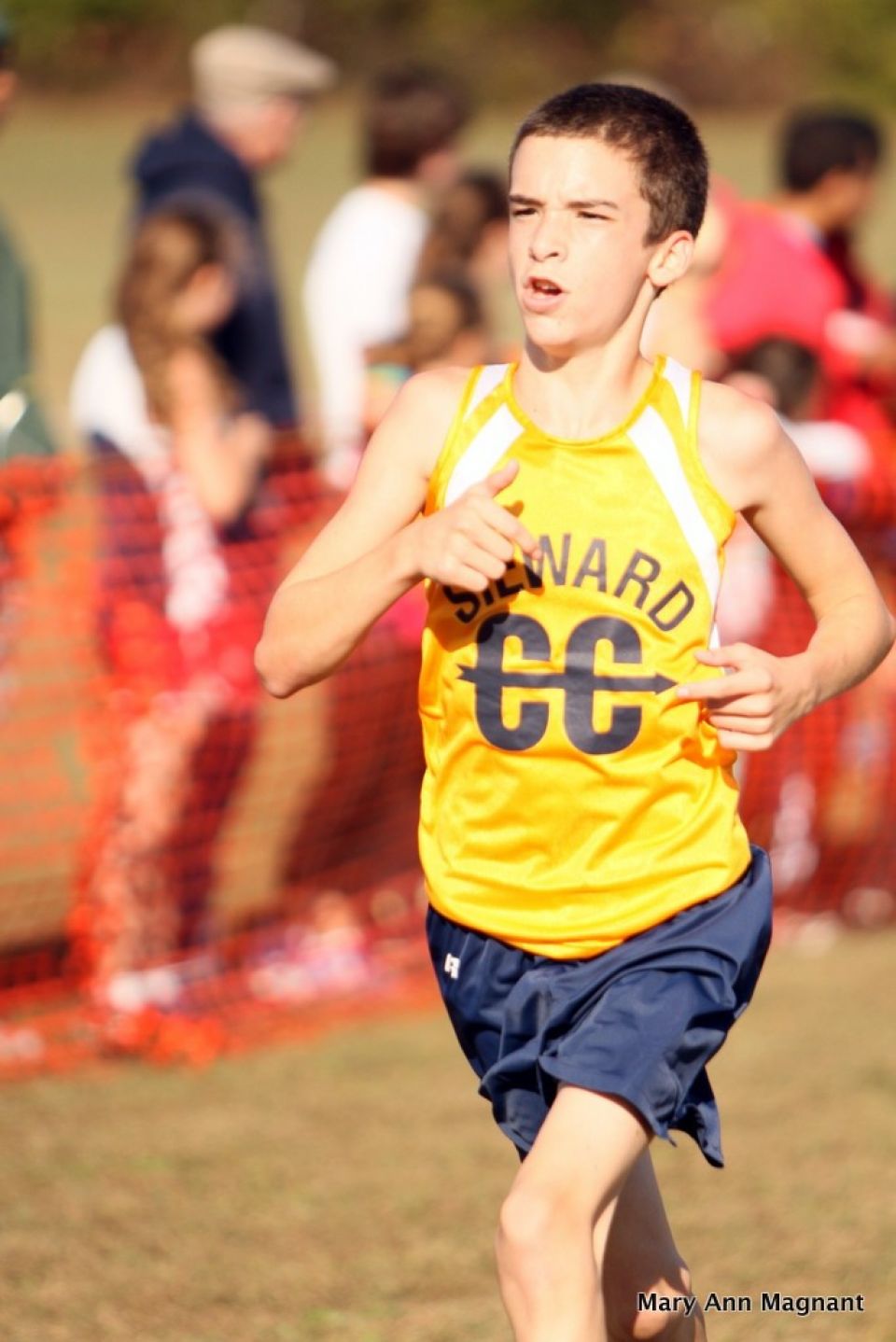 The meet literally started off with a bang. The first race was the middle school girls 4,000m run which featured 7 girls running better then the previous best in the state. Mackensie Haunold of Rappahannock County ultimately reigned supreme with her 16:48 time. On the boys side of things it was Steward School's Alex Poling running away with things late to win in an impressive 15:15 good enough for VA #2 ranking. Poling and his teammates led early and never looked back. Well the only looking back was done by Poling who was by himself on the finishig stretch as he kicked it in to rank himself second in the state. After these 4K's it was time for the high schoolers and some 5K action. 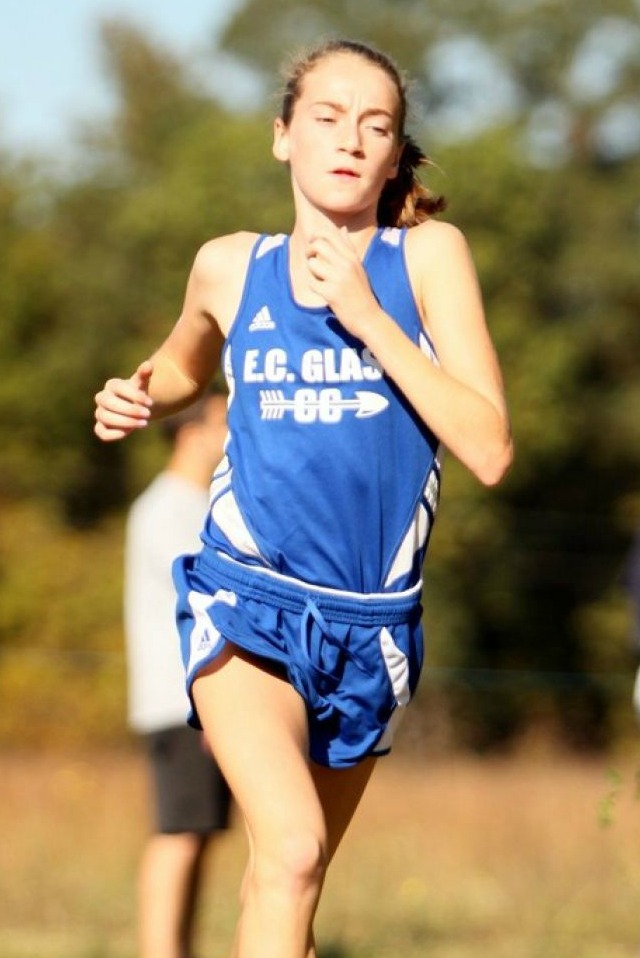 The first championship race of the day was the girls varsity race featuring some of the best talent in the entire state. Leading from the very start as E.C. Glass' Libby Davidson who made quick work of the course and blazed through it in an impressive 18:00.00. Though this was slow for her, it was definitely fast for anyone else as the second place finisher, Jillian Everly, came through at 18:34. Closely behind her and finishing out the top five was Sara Freix, Morgan Lewis, and Amanda Swaak.

Swaak, from James Madison, was the first of her team to cross the line but was joined very quickly. In fact, James Madison finished 5,6,10, 18, and 43 to handedly win the girls team title. They did this against some tough competition as well. Ocean Lakes showed us a glimpse of what they have and that they will be a force to be reckoned with in Novemeber by finishing in second behind James Madison.

On the boys side of things it was a much closer race both on the team side and individually.

From the start it was basically anyone's race to take. At the 1 Mile mark it was Robert Lockwood, Matthew Novak, and Peter Seufer coming through at 4:43 in that order. Closely behind them was Kieffer and Lamogda who would not go away quietly. By the two mile mark it was a totally different story. Seufer at this point had opened up a slight lead on the trails coming through at 9:55 with his closest competitor, Johnny Pace coming through at 10:01. 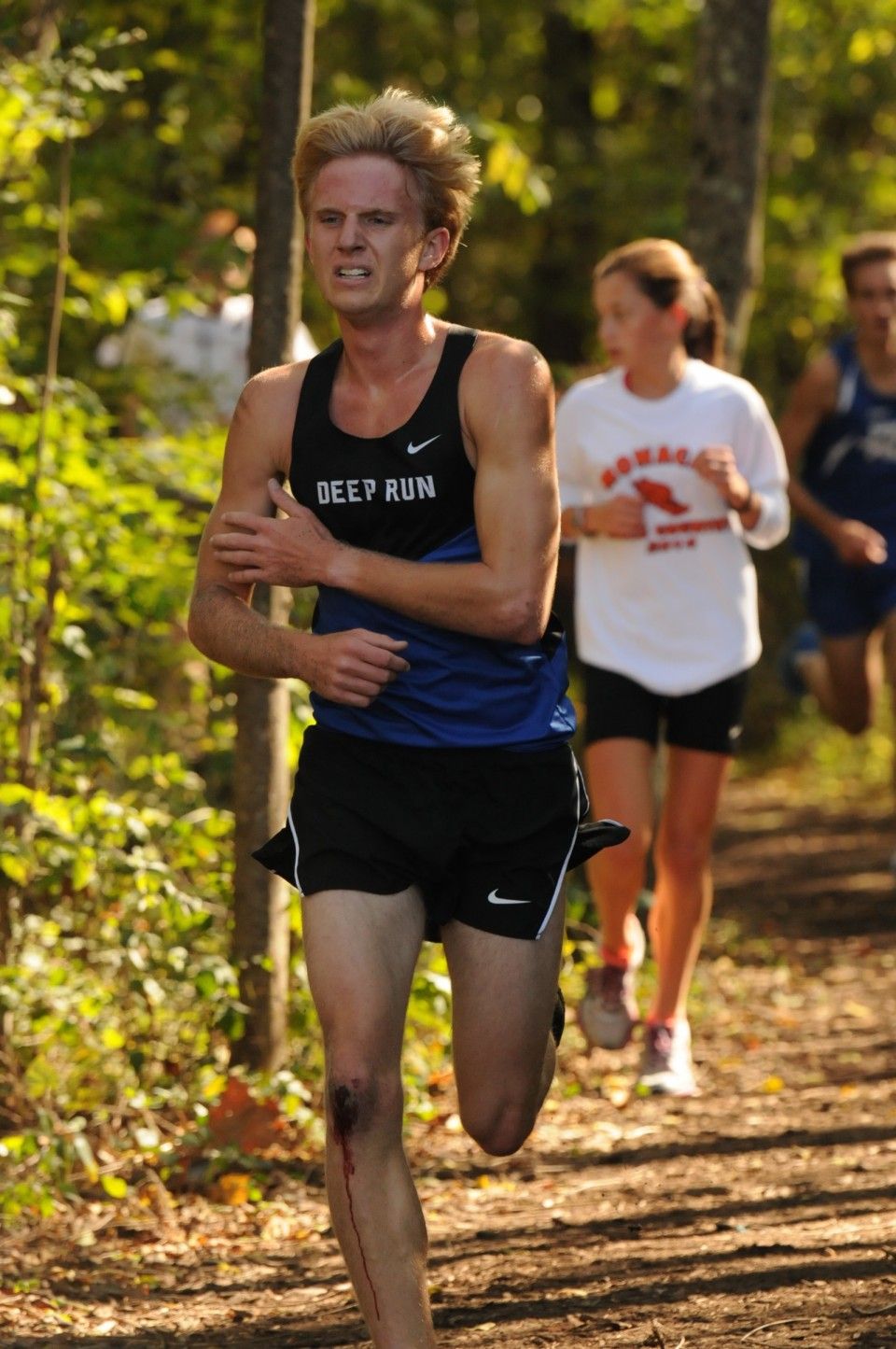 This is also where things got messy for one runner, Matthew Novak. Novak, just prior to crossing the two mile mark had a bad fall that bloodied him up pretty good and forced him to drop about 10 seconds on his competition. I am sure he is glad for this thing called adrenaline that helped him through that last mile despite visibily being hurt. What was most impressive though is that he got up and continued to race and finished 5th just over 16 minutes. As long as he doesn't fall at states, he should be one of the top guys to watch in 5A.

With Novak out of it, Peter Seufer simply ran away with the race and finsihed in an impressive 15:30 personal best. In second place behind him was Johnny Pace (15:41) who started slow but eventually made his way to the front of the pack. In third was Lomogda who improved slightly on what he ran on the same course a month ago, finishing in 15:49. In fourth and almost breaking the 16 minute mark was W.T. Woodson's Robert Lockwood who ran a big pr of 16:01. 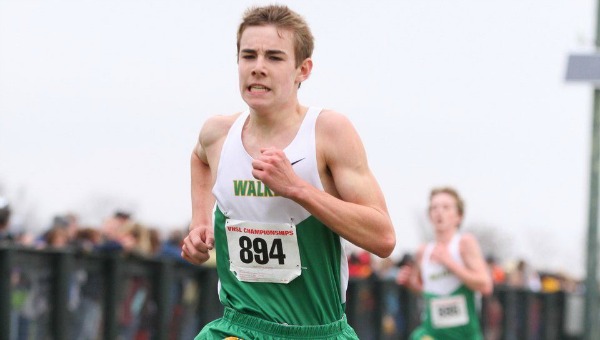 On the boys team side of things it was Maggie Walker who used Ryan Buscaglia's 6th place points very well to hold off an impressive Douglas Freeman squad who's top 5 were only separated by 25 seconds. Maggie Walker tallied 172 points, Freeman 193, and in third was Thomas Jefferson S&T who scored 211 points.

For more coverage, videos, photos, and all the splits & results check out the meet page here!