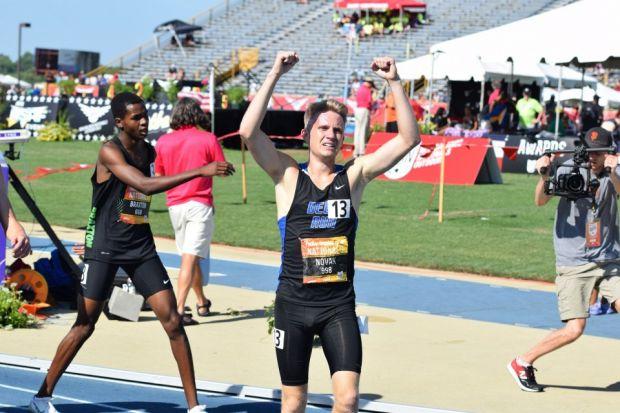 This was one of the best years for Virginians at Nationals ever. Helping do his part in this domination was Matthew Novak who absolutely dominated his mile race. He won in 4:09.32 and finished the season not only with double digit state titles and a national title but also a very impressive #9 all-time performance in the 1600 for Virginia.

As for the race itself it was the perfect end to a historic career. Tell me a better way to end your high school career then running your best race against your toughest competition on the biggest stage! That is exactly what happened for Novak down in Greensboro this June.

Novak is a long time veteran of winning races. Ever since he first laced up his spikes in high school he has been winning races. He became legendary in the Central Region for his foot speed and endurance. He could run 1:51 splits and then low 15s in a 5K. His range was great and his racing was untouchable.

Though we were used to that in the Central Region, he never had his great races outside of the region. He got sick or had an off day but we all knew his ability. He completely flipped that script though at New Balance Nationals this year. Despite missing out on a "Dream Mile" spot, Novak decided he was going to make his own dream happen in the NBON Mile.

Just like it was just another race, Novak pushed the pace early. He completely gapped the field just 200m into the race and kept pushing it. He followed the plan and never let anyone begin to think they would catch him. It was all of those races that he had not won that helped him do this. He knew his ability and raced towards his strengths. He held on to handedly win the national title by being the best runner and racer in the NBON Mile.

That race was the best of his career and directly after it he had his best interview of his career. Both of these rank as our #7 moment of the year.