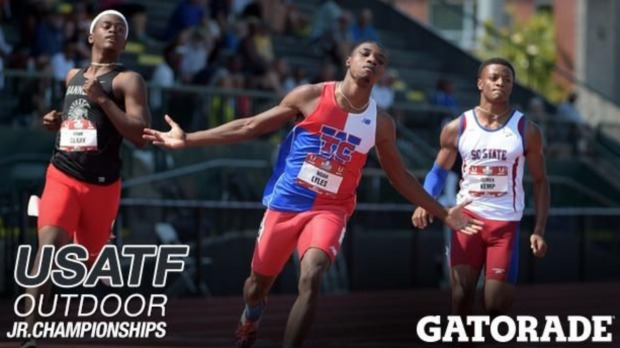 There are stars of our state and then there are stars of our sport. One of the most polarizing and talented of them all is T.C. Williams' Noah Lyles. Noah was just a junior this year but achieved more almost anyone ever has in a single season. Though he had a historic season, he had one meet and performance that really stole the show.

This June, at the USATF Outdoor Junior National Championships, Noah took to the track to finally show the nation what he was made of. Though he was the 100-200 national champion this season, we all knew he had a lot more to show.

In the 100 he blasted out of the blocks in the finals and won in a blistering 10.14 breaking his own state record by .07 seconds! This also was one of the fastest 100s ever run by a high schooler. He was not done though as he also had the 200.

In the 200 he got a horrible start, watch the video and you will agree, but showed some of the most ridiculous speed down the final stretch to cross the line in a state record shattering time of 20.18! That time was a junior national record and one of the top 10 fastest times ever by a high schooler. The crazy thing about that time was that he pulled up prior to the line!

Noah had an amazing couple of seasons but these 100 and 200 races out in Oregon were his best of the year and good enough to rank as the #2 moment(s) of the year.