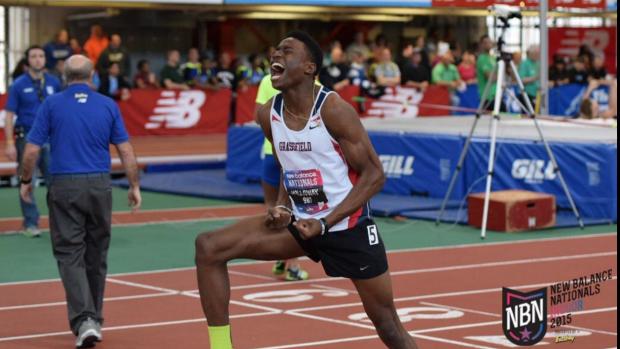 This year we had national class records, over 15 national champions, state records and many other great performances. Though those were all historically great and exciting for our state, none compare to Grant Holloway's National Record 7.05 55mH in his National Title Winning 60m Hurdles. This was a monster personal best, shattered the state record, was an upset (he was not the top seed), and his first national title. It was three plus years of hard work bottled up into seven seconds. The best part of it though was that we had to wait until they read the photo finish to know that Grant had won!

Grant's 7.05 and 7.59 (#2 all-time by .01 for 60H) were both national class records and state records as well. This time counts as a national record since it is completely en route, the hurdles are the same distance and they have FAT cameras at both the 55 and 60 lines. We could talk for hours about how this was an amazing race but you just have to see it for yourself!

We gave you our #1, now it is time for you to give us your top moment of the year! You can only vote once voting ends at midnight on 8/22!

Vote here for what your favorite moment was: