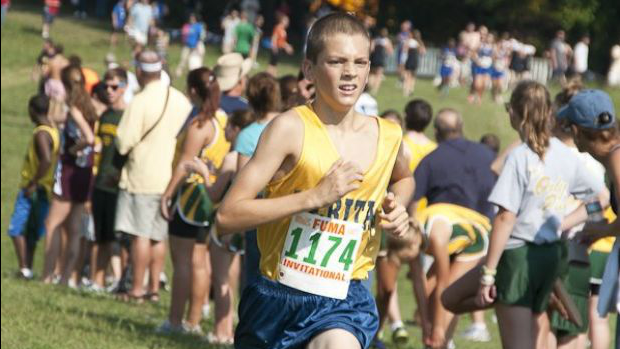 Allow us one pun, Miles has definitely put some miles on his legs. Because of that his story is one unfortunately filled with injuries and maybe a little bit of good fortune.

Miles' three-peat started in 2013. He was a sophomore but a well-seasoned veteran sophomore. Luckily for him he goes to Veritas, a centrally located private school, and has ample access to great training locations and stellar competition. Not to mention his coaches are not in the least bit afraid of going up against the "big" schools. This competition no doubt fed into his years of success.

When he crossed the VISAA finish line in 2013 in 16:34 he really ruined the seniority by edging out three seniors in that race who went 2-4. This wasn't his first rodeo though and everyone should have known better. As a 8th grader Miles ran 17:34 to finish just ten seconds away from winning the VISAA D2 title as a middle schooler!

His freshman year was a lot different. He was on a very dominant team that would actually go on to win the team title in 2012. He finished 6th behind two of his teammates in 17:33, a second faster than his 8th grade performance.

It was no doubt a hard mental barrier for him. Moving up from middle school where you can easily win a race without pressure to high school where everything is magnified is not the easiest thing. Especially when you are the top returning runner in the classification. This was a growing year for him but growth that was necessary and ultimately very beneficial.

As previously stated, in 2013 he would go on to finally get his first state title as he went 16:34 in victory at Woodberry Forest's course. He would go on to run 15:59 twice that season. 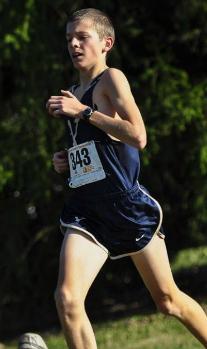 Now as a junior in 2014 things were supposed to start really picking up for him. He had all the confidence in the world. He was now the team leader, a decorated winner with three state titles across all three seasons and was in the best shape of his life.

Just prior to the season starting though the injuries started. Small injury after small injury kept setting him back. Over the long three month season he got to race just a single time and that was at the Octoberfest Invitational where he won his Varsity B race in 17:00. He took another month off from racing and toed the line at the VISAA state meet seeded fourth behind the leader by a whopping 46 seconds!

To this point Miles was frustrated but stoic. He had gone from the top as an 8th grader to seemingly the bottom as a 9th grader back to the mountain top as a sophomore. He understood the ups and downs of the sport and how there can be set backs. But one can only guess how frustrated he was, one of the best VISAA D2 runners ever was having a horrible season and his two time champions team was also slowly falling from the top due to graduations.

All those ups and downs and lessons learned came into this race. Still fighting these injuries and with bands around his legs he started the race. 1 Mile in things were not going great and that's when it happened. He was sitting in 26th in the race and for some reason the 25 guys in front of him decided to curve right and go literally 400m out of the way off the course. This course had not changed in decades and was clearly marked but maybe it was meant to be for Miles.

Call it luck or good fortune but there was also a lot of experience involved in this decision to not follow the pack but to keep going straight. He was one of the first guys to make this move and in doing so went from 26th to about 5th just a few meters off of the leader.

You can only imagine what was going on in his head but it had to have been something along the lines of: Finally!

This was his chance and boy did he capture it. He powered through pain for the next two miles but intelligently kept pushing and moving closer to the lead until finally when he made his move and took over the lead with 800m or so to go. He drove as hard as he could and crossed the line victoriously once again in 17:42.

The rest of his junior year (2014-15) was about recovering and getting back to his former self. This season he was back better than ever. He ran great from the start running under his old personal best in his first three races including running 15:32 to finish 11th at the MileStat.com XC Invitational. 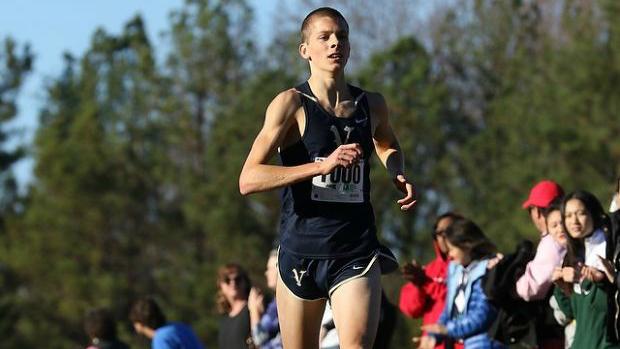 After five storied years in VISAA he toed the line one last time but at Fork Union for the 2015 VISAA State Championships. He left nothing to doubt but also never doubted himself. He crossed the line in 16:37 to handedly win his third state title in a row.

Injuries, mishaps, and team changes affect everyone. The key and reason Miles' story is such a great one, is the lesson it invokes of running your own race both your entire high school career and just those 16 minutes on the course at states.