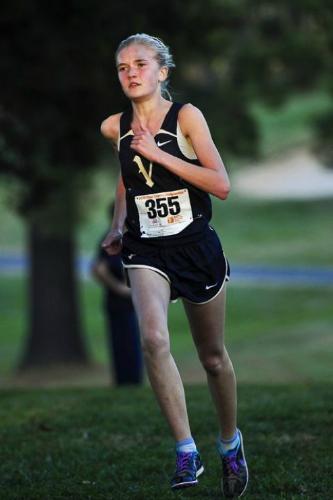 Morgan's story starts a little bit before anyone else's. Way back in 2012 Morgan decided she wanted to go down as one of the best private school runners ever, or maybe she would just say that now.

Back in 2012 as a middle schooler she was able to compete in the VISAA State Championships. Just like any other middle schooler, she had nerves of steal because you really cannot grasp the concept of states fully as somewhat of an outsider. She blazed the course and shocked a bunch of people as she crossed the finish line in 20:18 to be named state champion as an 8th grader!

Just like her male teammate, Miles Clikeman, in 2013 she let her nagging injuries and just not being in perfect form at the state championships caught up to her. Though she was arguably the most talented runner in the field, she finished in 3rd running 20:16.

Seemingly though, nothing could keep her down. Despite only racing twice prior to that race, she laced her spikes up and went south to Cary, NC for the Nike Southeast regional. She through caution to the wind and raced as hard as she could and crossed the line with over a 40 second pr! Her time of 18:24 helped her finish 24th in this huge race, and as only a freshman!

Finally in 2014 the stars aligned and she got her full season. She raced six times and did great all six times. She finished 8th at the very competitive Octoberfest Invitational and a couple weeks later raced to a 4th place finish at the MileStat.Com XC Invitational. She closed out her complete season with her second VISAA State title in 19:38 edging out fellow sophomore Chandler Bergeron by just three seconds.

In track she continued her dominance and won both 3200m titles and the outdoor 1600m title to bring her state total up from 1 to 5 in a single year. 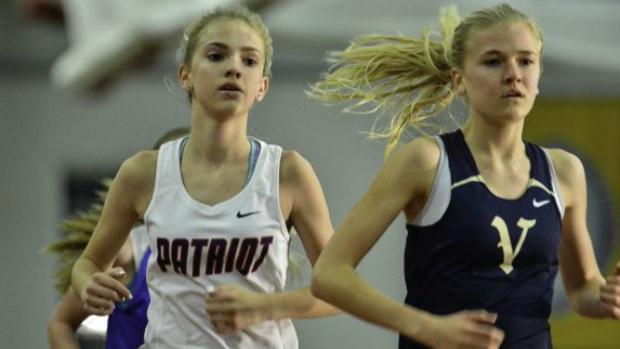 "The Greatest Class Ever"

Two XC state championships is great but for a girl of Morgan's talent it is not enough. She is not only one of the greatest VISAA runners ever but also in the greatest class ever. Being a junior this year, in the epic class of 2017 means she has a lot to live up to. This year she did just that.

Her junior campaign, a campaign built on continuing success and working through some injuries started immediately after the outdoor track season. She built upon the huge successes of last year but also dealt with all the road blocks and hurdles with a smile on her face.

This season she raced seven times and broke 19 six of those times, a feat not easily achieved on varying courses. Despite attending a school with around 300 students, she feared no one and raced against schools with 3,000+ students. She finished strong at nearly every invitational and entered the state meet as the girl to beat again.

To some the move from Woodberry to Fork Union was inconvenient but to Morgan it was awesome considering her best race of the year was probably the FUMA invite. She knew she had a lot of tough competition but she pushed that all aside and ran her race. Absolutely no one could touch her as she blew past her competition to run 19:08 to win her third state title by nearly 50 seconds. 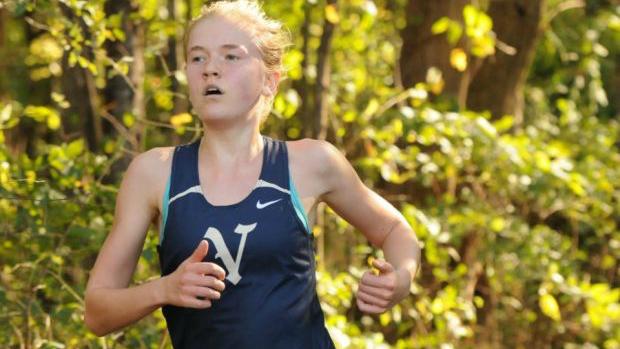 "History Still To Be Decided"

Unlike anyone else in this story(s), Morgan's isn't completed yet. She is only a junior and will attempt to become  the first girl in nearly a decade to win four state XC titles. She currently sits at #7 all-time for VISAA runners with her 18:03 personal best and is #1 all-time for Division 2 VISAA runners.