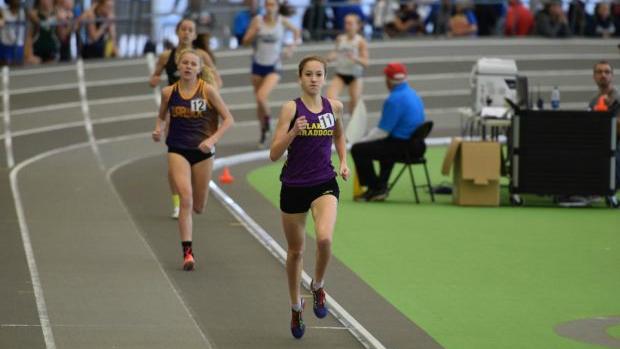 Saturday morning at the Ocean Breeze Freedom Games in Staten Island, NY, Lake Braddock Secondary's Kate Murphy broke the national senior record. She achieved this feat by clocking a US #1 9:14.12 time in the 3K at the Ocean Breeze facility. She went thru the opening mile in 4:59.

Though both performances were national class records, the thing that gained her the most national attention happened in January of 2015 during a snow storm just like the one we are experiencing now. With meets being rescheduled and nearly a foot of snow falling all across the state, even practice was being cancelled.

That wasn't acceptable for Murph as she went to the garage, got her shovel, and solved the problem herself. 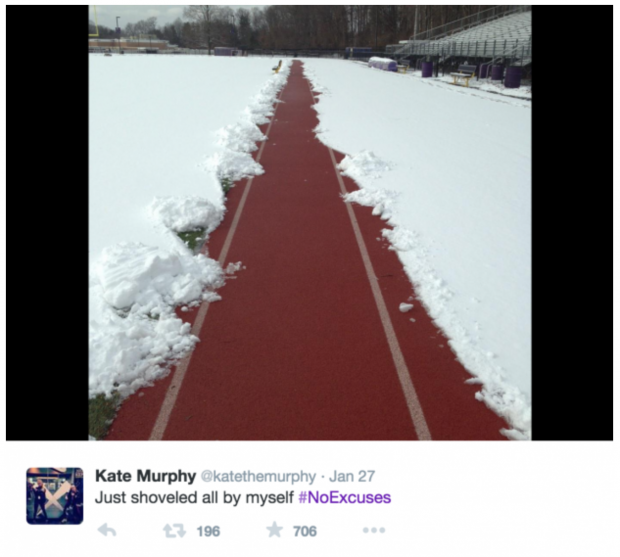 Not only did she shovel it all herself but actually did a great job shoveling as well. In fact, when you are shoveling your driveways and sidewalks we would love to see you get it this clear.

That shoveling job and subsequent social media storm reached tens of thousands of people and even made it into the Huffington Post newspaper and all over national news.

Kate may be back in the news next week as she will be running the 1K and DMR at the VA Showcase against the greatest compiled field ever for the 1K. National records are going to fall and as we learned now three times, Kate Murphy has no excuses.