Last year girls from Virginia saw only a few victories at New Balance Nationals thanks to Weini Kelati. This year though it seems we have the potential to take home nearly 10 titles if things go perfectly.

In the shortest races of the meet state leaders Syaiara Richardson (Team War) and Amira Aduma (Phoebus) will both take to the track in the 60m races. They will be joined by Shadajah Ballard (Western Branch) in the 60mH race as all three girls attempt to navigate the three rounds of their respective events. 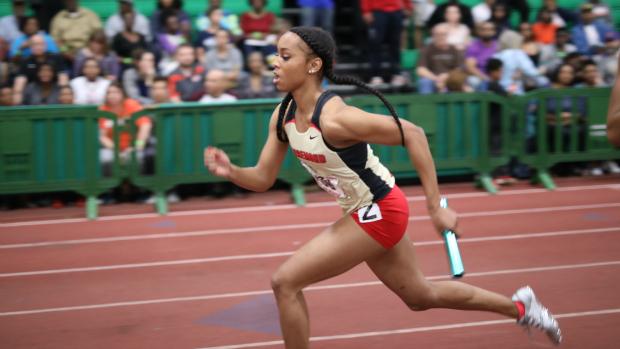 Both Richardson and Aduma could have a ton of upside and make the final knowing that this is something out of the ordinary for them. Both of these ladies are very versatile and compete in 3-5 events at every track meet. Having a meet where they can focus on just an event or two means we could see an impressive race from both of them.

They take to the track this weekend in prelim two or seven. Ballard will be chasing the title against tough competition from Tara Davis, Tia Jones, and Chanel Brissett. If she makes the final, expect something huge out of the Chesapeake sophomore.

Richardson will also be running the 400 and will be joined by fellow 5A runner, Britton Wilson (Mills Godwin). Both of these girls have ideal lane draws for the prelims and will need to make good use of them to advance to the two section final. Wilson is also running the 200 prelims.

Both will have their hands very full with Sydney McLaughlin, Lynna Irby, Lanae-Tava Thomas, and Jayla Kirkland all competing in these events.

In the longer races Team VA will also have some great opportunities for titles. Rachel McArthur (Patriot) and Libby Davidson (E.C. Glass) will both provide the best chances for those as both of these girls are combined in every distance race. McArthur will toe the line the 800/Mile while Davidson will do so in the Two Mile/ 5K.

It is disappointing to know though that both McArthur and Davidson were somehow seeded in the unseeded sections in both the Mile and Two Mile races despite being some of the fastest runners in the entire nation. They can still though achieve a high place based on time.

McArthur's biggest race though will be the 800 in which she is the top seed. She will really have to push the pace the second 200 and then save something for that famous kick. She will then face Sammy Watson in the mile.

Davidson's biggest race will be the 5K where if she is healthy, will be a great race that she can slowly pick off runners in the second and third miles of the race. 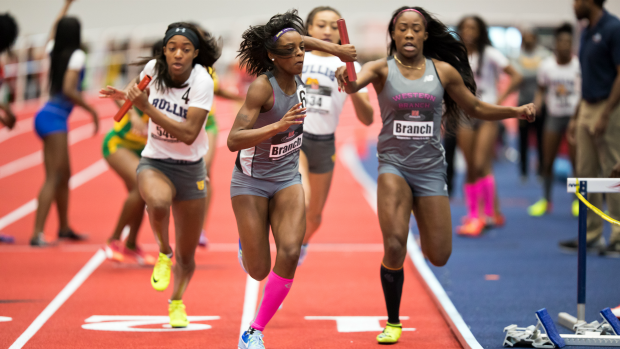 In the relay races Virginia will certainly have their greatest chances at success thanks in no small part to the Bruins of Western Branch. These girls enter as serious contenders in the SHR, 4x200, 4x400, and SMR. They are used to this type of work load and usually come to win. They will face a tough squad from Bullis (Md.) and Oak Park (Mi.) but if they get the baton around and run clean it is their race to win. 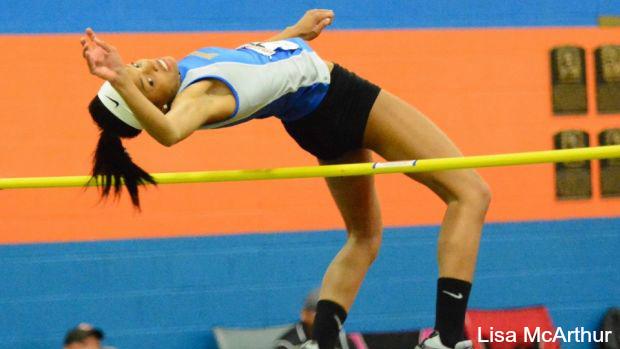 Finally in the field events, Team VA has a few contenders looking for titles this weekend. Looking for 40+ foot marks will be Titiana Marsh (Thomas Dale) and Alexis Clark (James Monroe). Marsh enters as one of the top contenders in both the long and triple jumps while Clark is looking to improve upon her All-American outdoor finish in the shot.

In the high jump Osbourn Park's Sydney Banks and Henrico's Dymier Jeffrey both enter deadly close to that six foot barrier. If they jump close to their pr's then you bet they are taking home the title.

Emily Harrison (Battlefield) will also be headlining the VA contingent as she will be competing in the pole vault. She is joined by Maya Hanks (Tabb) and Skyla Davidson (Lake Braddock) who could sneak way up the results with good performances this weekend.