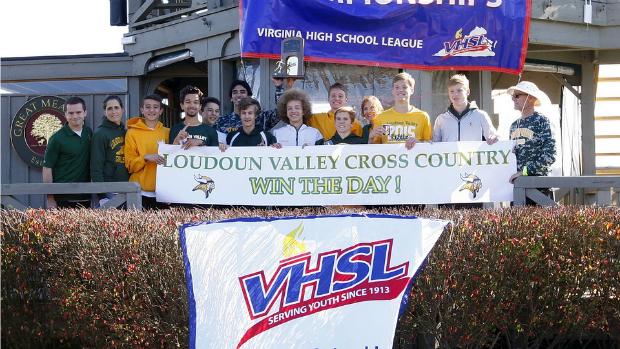 The Vikings had a long history of dominating their opponents and that looks to be exactly why Loudoun Valley chose that mascot. This weekend will be the start of what could be the most historic and strongest boys team in VA history. The Loudoun Valley team will be traveling north to the very competitive PTXC Invitational in Pennsylvania.

Though we don't expect too much competition for the LV Vikings until NXN, it will be very interesting and run the national headlines for weeks. This is the first step towards history and it's going to be fun.

In the state itself the other big name teams will also be lacing up those spikes for the first time. Our preseason #2 team, Western Albemarle, will be opening their season down at Knights Crossing. There they will run into powerhouse Milton (GA) and Blacksburg to make an epic showdown down in Salem.

Elsewhere we will see Maggie Walker opening at Newport News and a huge showdown for 5A and 6A teams both at Monroe Parker and Pole Green. Both venues are also hosting major regional meets meaning you can expect the "A" squads this weekend and a very close team title battle.

Simply put, its time to put the speculation on the shelf and let these teams race.