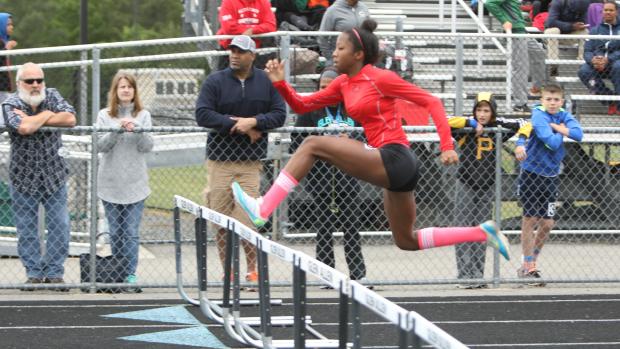 After fighting off illness at the state meet, Mills Godwin junior Britton Wilson gave her best shot to make the USA Junior National Team. Though she came up just short of that goal, she did show the nation that the best hurdler might just be her.

She finished 5th in the finals and was also 4th in the prelims. Her time of 57.95 is VA #3 all-time and just off of Brandee' Johnson's 56.16 state record. Britton though has only ever run the event now three times and two of them were last week.

Britton has a bright future in this event and will make next year, her senior year, very interesting considering the 300H and 400m dash are scheduled right next to each other.

58.91 won this year's NBNO championship in that event.