Quietly and consistently Christiansburg has build a guys squad that is in serious contention for the 3A title this fall. They currently rank second in 3A and 10th overall in the entire state of Virginia.

The building of this team took years and unlike any other team in 3A, they have consistently moved up. Over the past four years these Blue Demons have slowly but surely moved up the ladder at the state meet. They were fifth as a team in 2015 and then fourth in 2016. Last year was a big year and they moved to third and missed the judges' stand podium finish by just three points.

This year, could be the year.

As a team they are led Ethan Mills who ranks fourth overall in 3A competition. He is also flirting with that sub 16 minute performance in an attempt to be the fifth Christiansburg athlete to dip into the 15's. Behind him is Cooper Neeble at seventh, Nate Leichner at fifteenth, Ethan Wilson at nineteenth, and Trey Wilson at twentieth.

Those ranks put them at a virtual meet score of 44 to 59 with Christiansburg trailing.

As you can see with the current 3A virtual meet, Western does have a lead but not one that Christiansburg can't come back from. The meet could literally be swung by just 10 seconds of difference by either a Western or Christiansburg runner. 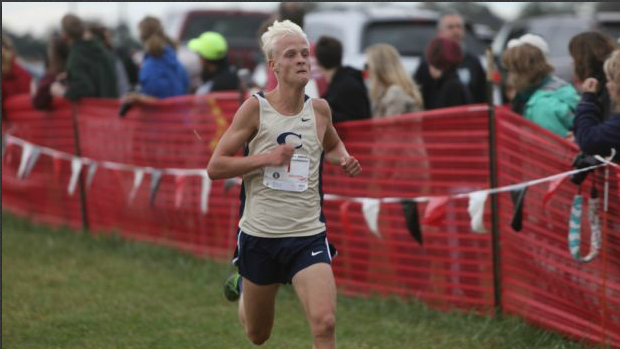 The way this meet will go down is also quite different. Christiansburg relies heavily on pack-running while Western has a 1-2 punch way out in front of the field. Both styles can win and one could make the argument that the pack style could bode very well if executed properly.

The name of the game in two weeks will be beat the other team. Those 3-4-5 runners will be doing everything they can to just catch or hold off the other team which should make for a very exciting 30 minutes.

Western Albemarle is definitely the favorite to win their second title in a row but history may be against them. Though it has happened in 6A, 4A, 2A, and 1A, no 3A team has repeated as champions yet. The final bit of history at stake is that it has been 23 years since Christiansburg has won the state team title and in that year it was Western taking second.

We're not saying they will or won't, we're just asking the question... Can Christiansburg Win States?