All photos taken by John Herzog. Complete photo gallery to the VHSL State Meet from John Herzog can be found at http://imageevent.com/zogster/2005xcchampionshipsgreatmeadows.

THE PLAINS, VA -- Modifications to the state course at Great Meadows due to construction and ideal racing weather conditions led to a slew of fast times never previously seen before at the VHSL State Meet since the meet has been hosted at Great Meatdows venue for the past 11 years. 89 girls under 20 minutes and 110 boys under 17 minutes summed up a day with unusually fast times for a Virginia state meet. Not unusual for a state meet was the many pre-meet favorites who were taken down by underdogs. 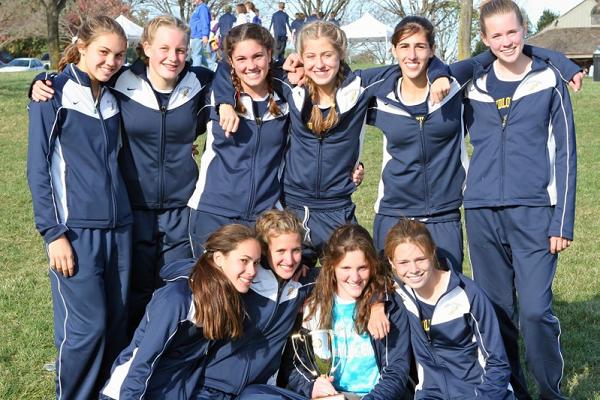 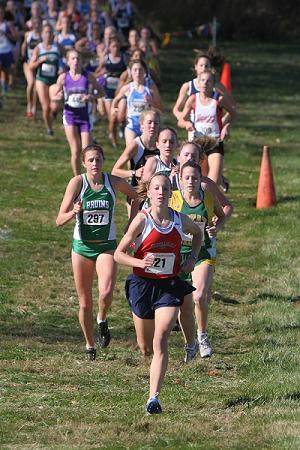 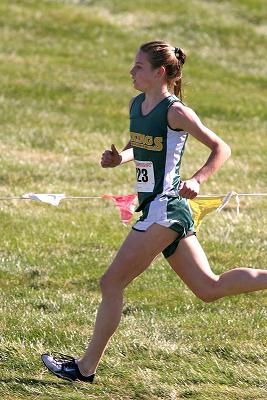 The fastest time of the day belonged to Northside\'s Catherine White as she defends her AA state crown in 17:48.66.

Craig County senior Lori Crotts surprised everyone in winning the girls\' Group A race over her Region C rival Kelly Clark of Glenvar (2nd, 18:55.11) as she did it in convincing fashion with a time of 18:15.45.

No shocker in the girls\' team scores for Group A as Clarke County won by a 63 point margin. 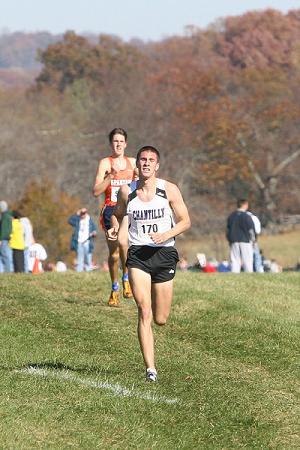 The Group AAA boys race sees a crazy finish with Chantilly senior Brad Siragusa (15:21.64) finally come up big in his final state meet as he outkicks favored junior Mike Spooner of West Springfield (15:25.26) for the win. 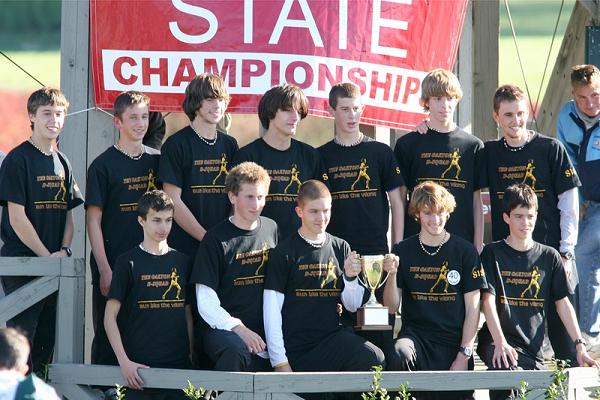 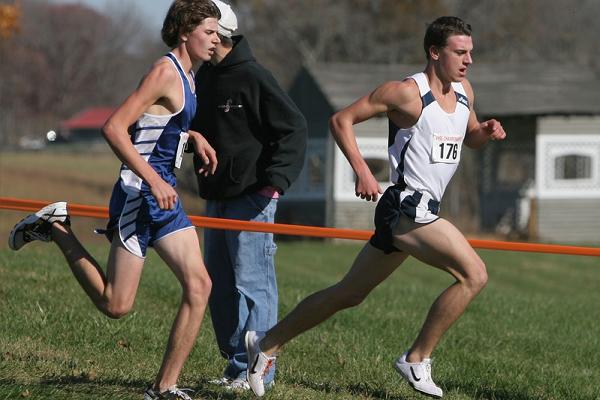 The Clarke County boys certainly showed they belong ranked among the top teams in Group AA and AAA with a dual meet-like score of 20 points to win the Group A state title with nearly 7 all-state individuals with their top 7 all in the top 17 places. Clarke County junior Simon Biddle-Snead successfully defending his title in 16:09.19, while senior teammate Michael Leonard was the race runner-up in 16:29.75.