A large group of teams in Northern Virginia and the Charlottesville area will ease themselves in racing action today in the always fun relay races at either the Potomac River Running Kick-off Relays at Bull Run Regional Park in Centreville or the Ragged Mountain Cup at Panorama Farms in Charlottesville. 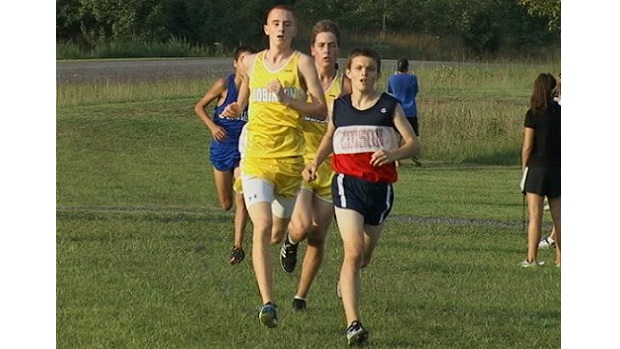 At Bull Run, the state's top ranked cross country runners could debut with swift 2 mile relay splits in Annandale's Ahmed Bile and Lake Braddock's Sophie Chase. Both qualified last fall for the Foot Locker Nationals in San Diego and are nationally ranked among several pre-season top 25 individual lists. Bile has been ranked as high as #5 nationally by MileSplit.com, while Chase's 10:25 2 mile performance at outdoor nationals impressed the rankers for DyeStat.com to insert her into their top 25 list. Last year, the meet format had to change due to the heat restrictions to an open 2 mile race, which Chase won individually in a time of 11:36. Meanwhile, Bile was absent from the meet as he was sidelined by injury for much of the fall before his late championship season tear all the way to a state title and Foot Locker All-American honors. Bile is often held out of early season meets though, so do not be surprised if he is a not racing on Thursday.

The unconventional relay format will still be a good early season gauge of how the pecking order of teams may be within the Northern Region over the next two and a half months. Lake Braddock, West Potomac, and Thomas Jefferson all return formidable line-ups from their state qualifying girls squads in 2010, while four-time defending VISAA state champions Bishop O'Connell get an excellent opportunity to show themselves as one of the best teams in the area regardless of being a public or private school. The West Potomac girls won last year's meet and return more of their core runners from a year ago than any of the other top teams.

James Robinson boys will have an opportunity to make an early season statement and show their success and development during the track season will translate into further success this fall in cross country. On paper from the track season, James Robinson was looking like the team to beat within the Northern Region, but Oakton showed itself last weekend at Great Meadow with a resounding win and three guys already well into the 16 minute range for 5K as strong of a bet to win the region as well. Meanwhile, Robinson has four guys who have broken 17 minutes for 5K last fall and a fifth runner just above that time barrier.

Oakton will not be at Bull Run on Thursday, but James Robinson will have other quality programs from their region to match-up including a group of squads which will be vying for top 4 state meet spots in West Potomac, Lake Braddock, and Thomas Jefferson.  West Potomac and Lake Braddock will have two of the best individual runners featured in the meet with Brady Corum for West Potomac and Nick Tuck for Lake Braddock. Tuck really came on at the end of the track season for the Bruins with a sensational state meet race in the 3200 as he ran a personal best of 9:19 for 7th place and All-State honors. Another top 8 finisher from that 3200 meter state meet race will also be racing at the relay meet in Thomas Edison sophomore Louis Colson, who had a spectacular freshmen campaign in track highlighted by an indoor nationals runner-up finish in the freshmen mile and running a time of 9:24 for full two miles at the oudoor nationals. 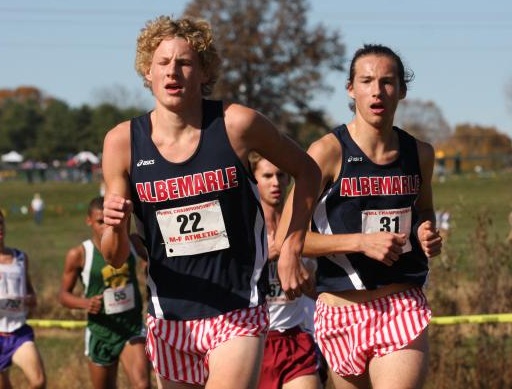 At Panorama Farms, cross town rivals Albemarle and Western Albemarle always put on a good early season show with the boys' teams in particular to take interest in since both are considered strong contenders respectively for state titles this fall albeit in different classifications. Albemarle boys are looking to dethrone defending Group AAA state champions and 2010 Nike Cross Nationals qualifiers Midlothian this fall, but first need to be able to knock off Western Albemarle as the best team in their own town. Western Albemarle has dominated this rivalry for much of the best decade, especially at the Cup. Western Albemarle has not lost a Cup title since 2005 when Fork Union defeated them and one must go farther back in years to find an Albemarle squad finishing ahead of Western. It has not happened in the MileStat.com era at least (since 2001). Outdoor 3200 meter state champion Adam Visokay will lead Albemarle and also be looking to throw down the fastest split of the meet, while Western Albemarle counters with their rising junior star David Taylor who boasted some exceptional times last year as a sophomore. Taylor has the fastest returning split from the 2010 Ragged Mountain Cup at 10:29 with teammate Ben Schiller as the second fastest returning split at 10:33.

The Albemarle girls have also ran in the shadows for many falls behind their Group AA cross-town rival Western Albemarle, but this year may be a rare opportunity for the Patriots to make a clean sweep of the Cup. Albemarle junior Allison Huschke was a surprise All-State top 15 finisher in the Group AAA race last November and will be one of the fastest legs on Thursday at Panorama Farms. Last year, Huschke ran the second fastest split among all runners at the Cup of 12:31, which was slower than only eventual Foot Locker finalist Mattie Webb of Western Albemarle. The Albemarle girls could be a sleeper team out of the Northwest Region this fall as more of the attention in recent years has been paid to the Colonial Forge and Osbourn Park programs.

MileStat.com will be on-site with coverage at the Ragged Mountain Cup. Any parent photographers looking to contribute photos from either meet, please feel free to upload your photos to the meet page following the event.