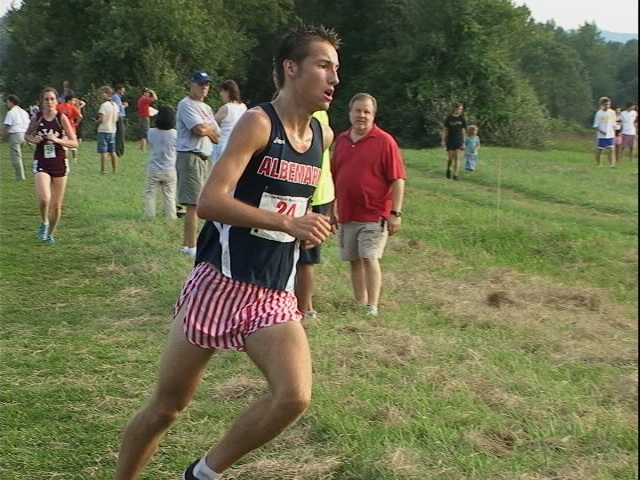 The Albemarle boys were impressive in their season debut at the Ragged Mountain Cup as they broke the 4x2 mile relay race record in the 26th annual season opener meet for Charlottesville area schools. Anchored by Adam Visokay clocking one of the fastest splits in meet history (9:52), the #2 ranked team in Virginia easily could make the case for being the best team in Virginia after their performance on Thursday evening averaging 10:21 per leg for a 41:25 total time. Their team is only going to get better with returning All-State cross country runner Ben Deal working himself into shape throughout this fall after missing six months due to injury since early December. Deal was actually the slowest leg of four at 10:51, but got great support and a large lead to work with from a 10:23 opener by Chris Springer and Ryan Thomas looking to make a bigger jump as a sophomore with a 10:19 split on second leg (2nd fastest split overall in meet). 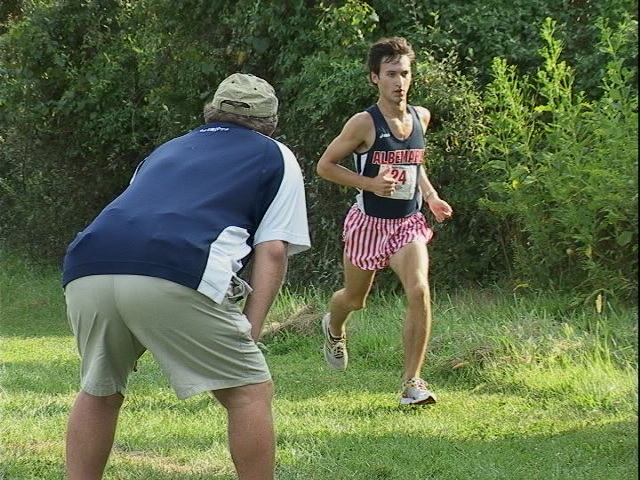 If matching up with defending Group AAA state champions Midlothian right now, Albemarle looks to be possibly stronger up front with Visokay, Thomas, and Springer with Midlothian graduating their top two runners from 2010 in Darren Barlow and Brayden Burleigh, but will need to close up the back end of their top five and seven which looks to favor Midlothian based off returning times. Albemarle did have another sub 11 minute split on their "B" team from Joe Krohn, who is their projected fifth while Aaron Edler was a shade over 11 minutes at 11:01 on their fourth place finishing "B" relay. A rough estimate of time difference between track times and times on Panorama's 2 mile loop would be a slowdown over 30 seconds if not closer to 45 seconds. 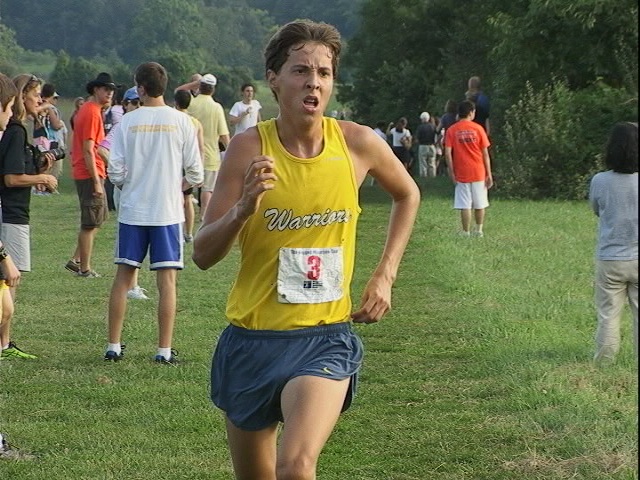 Their decisive 1 minute and 25 seconds margin of victory against Group AA #1 ranked Western Albemarle (42:50) was their first Cup title since 2003 when they were led by Hari Mix, who starred at Stanford University. The Schiller brothers, Ben (10:41) and Adam (10:29), led off as the top two legs for Coach Lindy Bain's Western Albemarle squad while one of the better returning individuals in Group AA in junior David Taylor clocked a 10:23 split as anchor but in no man's land with Albemarle's Visokay out of sight. Coach Bain will be looking to bring along a trio of runners who split anywhere from 11:14 to 11:20 on the "A" and "B" teams to fill out their top five. Their improvement this fall will be needed to close the gap on Taylor and the Schiller's to see if they go for another run for a state meet podium finish and knock off Blacksburg for first in Group AA after coming up just short last November.

Monticello pulled in for third place and ahead of the "B" relays for Albemarle and Western Albemarle with two sub 11 minute legs from first leg Anthony Tamberrino (10:46) and anchor leg Ryan Wolfe (10:42). Wolfe is the son of Maria Large, who is one of the state's all-time greats in high school cross country as she was a state champion and Foot Locker (formerly Kinney) Nationals finalist from Virginia High School in Bristol during the 1980s. 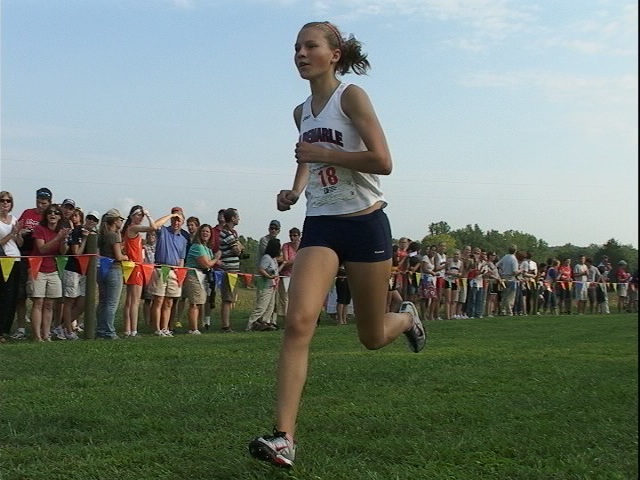 The Albemarle girls made it a complete sweep for the Patriots as after a tight race with defending Cup champions Western Albemarle through three legs and actually being behind going into the final leg, returning All-State cross country runner Allison Huschke not only re-claimed the lead for Albemarle but continued to build a huge margin for the rest of her 2 mile leg. The Albemarle junior Huschke ran the fastest split in the field at 12:11 with her teammate Ciera Ulan as opener clocking the second fastest overall at 12:29 to help the Albemarle girls win by nearly as large of a margin as their male counterparts with a final time of 51:08. Their eventual comfortable win could have potentially been even larger with junior Kirsten Smith actually running the third fastest split by any Albemarle runnerat 12:45 but as opening leg on the "B" team which placed third.

The Western Albemarle girls were not at full strength as they were missing one of their top returners in Peri Boswer, but also are in a bit of a rebuilding mode after losing a great senior class of runners from last fall including Mattie Webb, Killian O'Connell, and Emily Moffett. Still left from last year's podium squad includes Boswer and sub 2:20 half miler Katie Farina, who split 12:37 on the first leg. One newcomer who will be making an impact for their squad this season is freshmen Annie Taylor, who actually took the lead from Albemarle on her second leg with a 12:49 split.

Of the top 8 splits in the meet for the girls, only two runners were not from either Albemarle or Western Albemarle. Fluvanna County sophomore Nicole Douma was clocked at 12:40 on second leg, while Madeline Hermsmeier trailed only behind Albemarle's Ulan and Western's Farina on the leadoff leg at 12:42.

Photo Gallery by Brandon Miles - To be added soon.