Loading
As with the male AA runners, there are a group of girls that appear to be in an elite group. There are six girls that have posted 5000m cross-country times less than 19 minutes. This prestigious pack of Virginia runners is also at the top of Milestat's elite rankings in the 3200m, 1600m or 800m run. Any six of these on a given day may be the 2003 AA VHSL State Cross-Country Champion. However, of the six there are three that one could argue to be the favorite to take home the 1st place medal. Sarah Bowman of Fauquier, Emily Harrison of Warren County, and Jennifer Beury of Hidden Valley in Roanoke will be the three pre-season favorites to win it all. 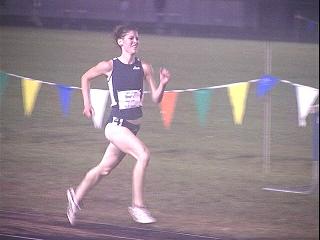 There are lots of girls that are pretty close to this elite group. We will just have to wait until November to see how your favorite runners finish. This should be an exciting year, and we also look forward to watching the freshman class as new runners always come into contention.