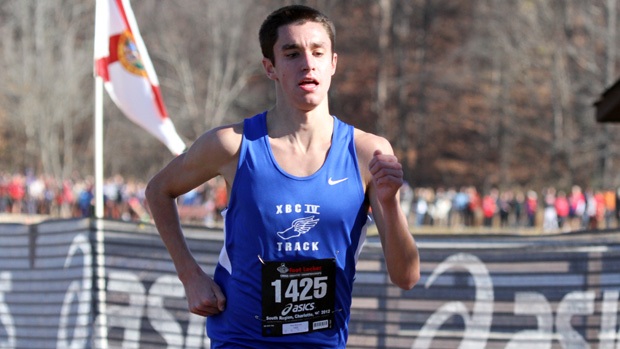 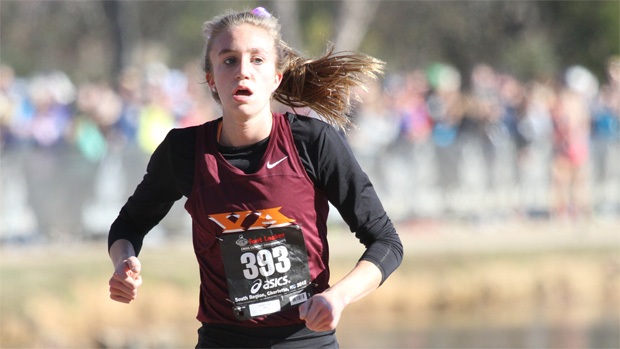 The state of Virginia and specifically the Northern Region will be sending four to San Diego for the 2012 Foot Locker Nationals. Two will be coming off big wins at the Foot Locker South Regional in Chantilly's Sean McGorty and Lake Braddock's Sophie Chase, which was the first time since 1999 that Virginia swept first place in the seeded races at the South Regional in Charlotte. The Chantilly senior McGorty also made history in breaking the course and meet record by four seconds with a 14:28 performance as simply ran away from the South Region's best in a 21 second margin of victory over Georgia's Joshua Brickell (14:49), a returning Foot Locker top 10 All-American. It was a bit tighter race for Chase to take the win as only seven seconds separated the first seven finishers, but Chase was able to pull away from Texas state champion Karis Jochen (2nd, 17:07) and West Virginia state champion Margaret Drazba (3rd, 17:10) in a winning time of 17:05. Chase was a runner-up in last year's race with a time of 17:06 as the state's third fastest girls performer all-time at Foot Locker South.

Joining the Northern Region cross country champions Chase and McGorty in San Diego will be two more runners from that region in West Springfield junior Caroline Alcorta and Oakton sophomore Allie Klimkiewicz. Alcorta was an expected qualifier after a strong and consistency season of racing at a high level winning numerous invitationals and only taking second in races to Lake Braddock's All-American two miler pair of Chase and Hannah Christen. Alcorta ran right off the lead pack early on and was able to hold onto a top 10 spot with an 8th place finishing time of 17:19.

Despite breaking into the top 20 and dipping under 18 minutes in last year's seeded race as a mere freshmen, Klimkiewicz's chances of cracking into the top 10 seemed to be more shaky especially after struggling at the state meet in the AAA race with a 9th place finish. She resoundingly rebounded well from her subpar race at Great Meadow with a sensational run at McAlpine to drop her PR by 13 seconds and closed well in the last mile to move up into 9th place with a time of 17:29 to punch her ticket to San Diego.

Group AA state cross country runners-up Patrick Joseph of Loudoun County and Katie Fortner of Cave Spring were the next best finishers from Virginia on the outside looking in of the top 10 national spots. The defending Group AA 1600 and 800 meter state champ Joseph was only four seconds away from 10th, but gave himself a shot with a 15:11 PR run. Group AAA state runner-up Nick Tuck of Lake Braddock was not too far behind Joseph as Team Virginia's #3 finisher for boys in 14th place with a time of 15:15. Tuck was attempting to be the first Foot Locker Nationals boys' qualifier for the Lake Braddock program, which has had its share of girls' qualifiers.

Not making a return trip to San Diego with McGorty and Chase is Skyline senior Thomas Madden, who finished an up and down cross country season for him with a 26th place finish of 15:26 at Foot Locker South. Thomas Edison junior Louis Colson will be the top returnee for the Virginia boys in the 2013 Foot Locker South Regional after a sub 15:30 run and 29th place effort of 15:28 on Saturday at McAlpine.

Cave Spring junior Katie Fortner was the fourth finisher for the Virginia girls in 12th place with a time of 17:44 and broke up the Northern Region from being the first five finishers for the state as James Robinson junior Macey Schweikert (21st, 18:00) and West Springfield senior Maddie Wittich (22nd, 18:01) finished right together as All-South runners to further re-inforce how historically great of a year that it has been for the Northern Region. Private schools state champion Molly Breidenbaugh just missed breaking 18 minutes along with Schweikert and Wittich coming in 23rd place at 18:01.