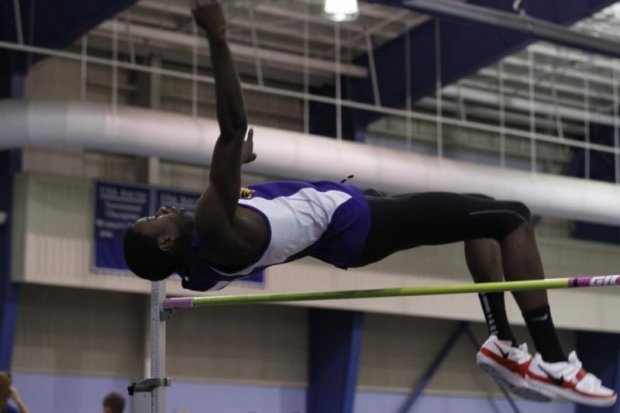 Tallwood junior Steven Dunbar now has a share of the national leaderboard in the boys high jump after clearing a personal best height of 6 feet 9 inches at the CNU High School Showcase on Friday in Newport News, Virginia. Dunbar was the previous state leader at 6'7" and last year as a sophomore earned All-State honors in the Group AAA state indoor and outdoor meet.

Both runners were probably looking for a sub 1:20 minute race, but it was a competitive and exciting race nonetheless between Tabb's Brittni King and Bethel's Ashley Greenlee as King was able to hold off a late charge by Greenlee (2nd, 1:20.44) for a 1:20.08 victory. King was the Group AA state runner-up in the 300 meter dash last year, while having a personal best of 1:18.81 in the 500 meter dash.

King's teammate at Tabb, Micah Hanks also found her way to the winner's circle in the sprints as the junior clocked a personal best time of 7.33 in the 55 meter dash in front of her father, who is an assistant track coach at Christopher Newport University. Hanks was an All-State performer in the 100 and 200 meter dash at the 2012 Group AA State Outdoor Championships and could very well be a double All-State honoree this indoor season in the 55 and 300 meter dash.

Rafael Moore was attempting to be the second event winner of the day for the Tallwood boys in the long jump, but his best mark of the day at 22'2.50" was not good enough as he was upset by Beach District rival in Kempsville sophomore Devontay Doyle. Doyle improved upon his previous best of 20'7" at the last CNU high school track meet in December by over two feet with a winning leap of 22'8", which ranks him second best in the state of Virginia and first in Group AAA.

After three legs in the 4x800 meter relay, the Atlee boys were able to give a slight lead to anchor leg Griffin Carmichael and he ended up opening a much wider margin of victory with a 1:57.7 split as the Raiders finished with an cumulative time of 8:16.62. Their quartet, running without two-time Central Region cross country champion Nathaniel Hall, could be the region's best, but also are vying to be one of the state's best this winter.

Tallwood sophomore Keonte Yorkshire was the fastest in the prelims of the 55 meter dash with a 6.61 clocking, while he shifted into another gear for the finals to run a personal record performance of 6.52 to hold off Woodrow Wilson's Christopher Walker (2nd, 6.54) and Ocean Lakes' Tramayne Griffin (3rd, 6.56). After failing to qualify for the Eastern Region Indoor Championships last year in the 55 meter dash, Yorkshire appears to have made the sophomore jump to be a likely runner in the finals of the 55 meter dash at the regional championships later this season.

Another rising sophomore star won the finals of the 55 meter hurdles as well in Quincy Watts of Ocean Lakes. In his first indoor meet of the season, Watts was the fastest qualifier in the prelims with a 7.77 clocking, but made a big drop in the finals with a PR performance of 7.61 as it was needed with Charles Graham (7.65) of Phoebus closing strong in the last sets of hurdles as the runner-up.

Finishing fourth in the 55 meter hurdles finals with Watts and Graham was Booker T. Washington senior Rodney Johnson, who later showed off his range in taking first in the 500 meter dash with a personal best effort of 1:07.31. Last spring, Johnson's versatility was on display in the Eastern Region Outdoor Championships with a 6'1" clearance in the high jump and 9th place finish of 1:59.61 in the 800 meter run, but failed to qualify individually for the state meet in any event. The 500 meter dash will be his state meet ticket likely this season.

First Colonial junior Jackie Meeks continues to soar high this indoor season on a consistent basis in the pole vault as she cleared over 11 feet for the third time season.

Ocean Lakes has two talented junior distance runners in Olivia Bethune and Nicole Park. Both came away from CNU with individual wins.Bethune ran a state qualifier in the 1000 meter run with a time of 3:01.66, while Park was able to separate from the 1600 meter winner earlier in the meet, Abby Motley (5:13.24/11:23.23 double) of Kellam, for a winning performance of 11:17.77. 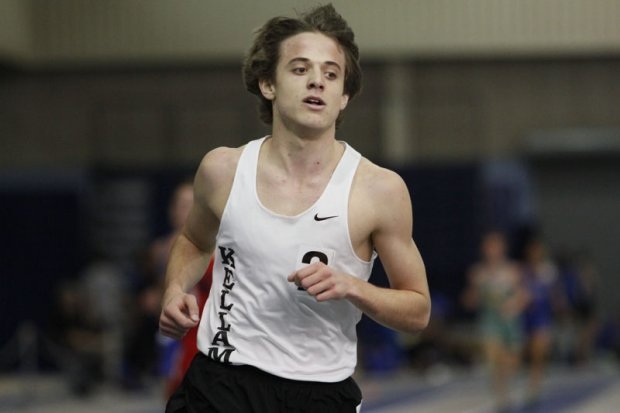 Motley had a strong double as shown with her times, but was unable to get a second first place finish like her teammate Billy Boros did in the same 1600/3200 double as he was a three second winner in the 1600 with a time of 4:22.95, while the Eastern Region cross country champion Boros clocked a 14 second PR of 9:32.52 later in the 3200 meter run. 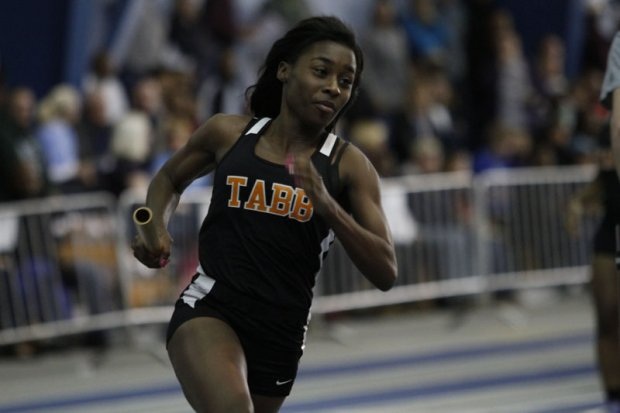 The Tabb girls' 4x200 meter relay featuring two individual winners from Friday's events in Micah Hanks (55 dash) and Brittni King (500 dash) were able to hold Carolyn Brown and the Phoebus girls (2nd, 1:47.22) in the 4x200 by a narrow margin with their time of 1:47.15. This year's Tabb 4x200 relay could become one of the fastest ever from Group AA. The Phoebus sophomore Brown later won the 300 meter dash with ease in a 41.33 clocking. 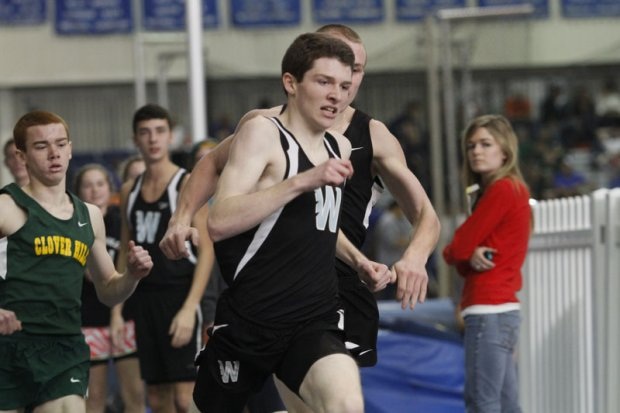 The boys' 1000 meter run lacked any star names, but ended up producing a depth of fast times of runners trying to make a name for themselves with five runners posting times under 2:37. Of the five runners, probably the least accomplished of them all and thus the biggest surprise as the winner was sophomore Christopher Short of Warhill winning with a five second PR of 2:34.90. The Bay Rivers District was well represented and looks impressive stout in this event with only Clover Hill's Josh Willard in third place (2:35.61) breaking up the district's representation up front with Short, York's Dawson Connell (2nd, 2:35.58), Jamestown's Michael Connell (4th, 2:35.78), and New Kent's Austin Savage (5th, 2:36.72).

Kempsville sophomore Devontay Doyle proved his long jump win and two foot improvement in the long jump on Friday at CNU was no jump wonder as he swept the horizontal jumps in the meet with a personal best mark of 45'3.50" to win the triple jump on Saturday. Doyle is definitely a name to look out for in the coming years if he continues to progress on the state level and beyond. 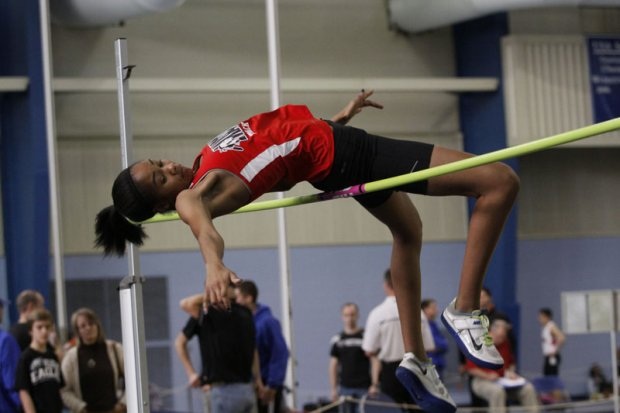 Matoaca's Brianna Hayes had a handful of competitors still with her in the girls' high jump after the bar went up from 5'4" to 5'6", but only Hayes was able to clear that height. The current state leader and defending Group AAA indoor state champion Hayes tried to match her season best height of 5'8", but was unsuccessful.