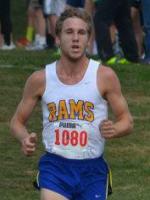 Salute To Seniors: John Tolbert...
MileStat salutes Robinson runner and graduate, John Tolbert on a spectacular running career and one of the most exciting races of the year. Check out his stats, his take on his career and advice for c...

James Robinson boys conquer the Magic Kingdom of Disney
The VA #1 ranked James Robinson traveled all the way down to Orlando, Florida this weekend to compete at the Disney Classic at the ESPN Wide World of Sports Complex as well as a handful of other Virgi...

Merged Meet Results from September 28th Invites...
The James Robinson boys finished 3rd in a stellar field assembled for the Carlisle Invitational in Pennsylvania this past weekend as the only two teams which finished ahead of them were US #9 r...

Top 50 Fastest Returning Boys XC 5K Runners in VA...
A list of the top 50 fastest returning 5K boys&#39; runners from last cross country season in the state of Virginia as well as the top 50 fastest for each of the new 6 classifications in the VHSL as w...

Top 50 Boys XC Teams for 2013 based on Top 7 Returnees ...
Ranking the top 50 returning boys&#39; cross country teams in the state of Virginia based off the season best 5K times from last fall of each team&#39;s top 7 returning runners. Links also to the same...