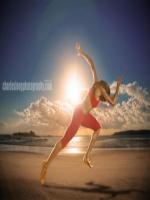 Chantel Ray's body of work in season rewarded with Mile...
Despite not having the post-season that she had hoped for herself, Hampton&#39;s Chantel Ray did enough during her season in Virginia leading up until then including a sensational VA #2 all-time perfo...

VHSL Group 5A/6A Outdoor State Championship Complete Recap
After the last gun has gone off and the smoke has slowly cleared the state meet was officially over. Though it is now over and all the fans have left Todd Stadium, what happened there has not changed....