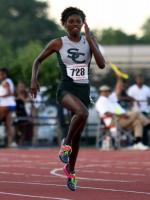 The Power of One: Rachel Butler...
In 2007 Rachel Butler single handedly finished 3rd in the AAA State Championships... team competition....

MileStat Madness Round 1, Bottom Bracket Featuring: Alc...
After one set of eliminations is it now time to start round one for the bottom bracket of MileStat Madess. This round features some of the best distance runners the state has ever seen....

MileStat Madness! Tournament of Champions...
Instead of March Madness it is MileStat Madness. MileStat has put together a list of the 16 best indoor athlete of the past ten years (2005-2014). This is a tournament style, fan-interactive, competit...