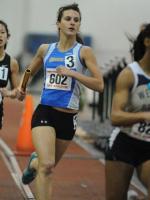 Chesapeake Invitational Coverage...
The Osbourn Park cross country team competed at the Bells Mill Park for the first time as they made the trip down to Cheseapeake this weekend to get an opportunity to race on the 6A South Regio...

Preseason XC Tour Stop #8 - Osbourn Park High School...
MileStat.com visited the Osbourn Park boys and girls cross country team on Monday morning in Manassas for a two mile trial at the Manassas Battlefield. Coached by one of the funnier and likeable coach...

Group AAA Girls State Meet Preview...
The indoor state team champions South County will be strong favorites to become outdoor state champions as well with one of the greatest and most versatile athletes in Virginia high school trac...