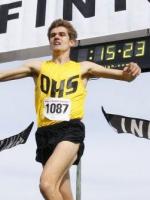 Complete Performance Recap: Hagen and Stoney 4:12 1600s...
In this first weekend of May the state saw some very fast times as many of these athletes prepare themselves for the championship season quickly approaching. ...

Penn Relays Accepted VA Relays Released!...
The office of the Penn Relays released and posted the accepted entries in the 4x800&#39;s and Distance Medley Relays this evening. These include some of the fastest teams and individuals in the state ...

Virginians entered for Foot Locker South (11/24 update)
A total of 343 Virginians (as of November 24th) are currently entered to race in the 2013 Foot Locker South Regional at McAlpine Greenway Park in Charlotte, Virginia. More information can be found at ...