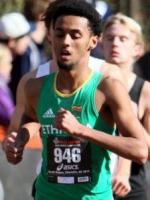 2014 All-MileStat Boys Team...
With the season nearly over, we are excited to announce our selections for the 2014 first, second and third All-MileStat teams....

Octoberfest Boys Virtual Meet...
This meet will not see a triple crown winner but it will show us a lot about the talent in the boys 6A classification. Leading the way will be Anteneh Girma from T.C. Williams who will be closely foll...

Northern Region's Top Returnees for 2013 Outdoor Season
A list of the top returning individuals in each event among Northern Region Region schools from last year&#39;s outdoor season and links to full returnees rankings lists in each event. Ann...
Group AAA Pre-Regional XC Rankings...
Sean McGorty and the Chantilly boys are not slowing down in championship season, but instead taking it up even another notch after steam rolling through invitational season as the top rank...