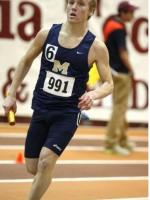 Coach Morgan's All-Time Greats: Top 50 Midlothian Boys ...
The Midlothian boys cross country program has produced many great runners over the last 15 years. Let's take a look at how many with a top 100 list of fastest 5K performers since 2000....

You Could Say This Meet Is A Big Deal; Virginia Tech In...
This may be hyperbole but I feel that the 2015 installment of the Virginia Tech Invitational could be the biggest and baddest meet this track has ever seen, including the 1996 World Championships run ...

Post-States Boys' State Leaderboard...
With states now complete and all the performances in the system it is time to look at where everyone stands inside the top 50 and beyond. Check out inside and compare them to a week ago to see where y...

Group 4A State Preview & Top 50 Leaderboards...
With only mere hours separated us from the penultimate meet, the VHSL State Cross Country Championships, it is time to look and preview each classification. Inside is a breif preview of the classifica...