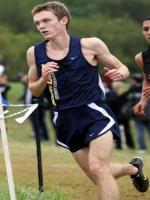 All-MileStat.com Boys Outdoor Track Team...
All-MileStat.com Boys Outdoor Track & Field Team for the 2010 season. First, second, and third team members are selected for each event with no athlete selected for multiple events. Honors given to At...
Group AAA State Meet Preview - Running Events...
Preview for the running events at the 2010 VHSL Group AA State Championships. Several races at this year's state meet will be historically some of the best ever in meet's history in terms of depth suc...
1/19 VA High School Indoor Track & Field Team Power Ran...
A new #1 ranked boys' team in Virginia with Ocean Lakes moving into the top spot and previous #1 Western Branch slipping to #3 behind Stafford. Ocean Lakes team is a pretty much two man show with jump...
Montgomery Invite: Foley US #1 9:14 3200 - Karabinus wi...
While the invitational mile and 500 meter races were expected to be the featured races of the 2010 Montgomery Invitational and certainly did not disappoint with some of fastest times in the US, the to...
2009 All-MileStat.com XC Team...
The 2009 All-MileStat.com Cross Country Team has been announced with a total of 42 athletes being selected among the 7 member first, second, and third teams for both boys and girls. Awards winners als...
Foot Locker South: Redemption for Kvartunas & Dowd with...
Neither Paige Kvartunas of West Springfield nor Kevin Dowd of Fairfax would have been satisified with the finish to their seasons if they decided to shut it down following the state meet. After winnin...
Foot Locker South Preview - Virginia Athletes...
While the Nike Cross Southeast Regionals has pulled away many of the state's top girls either competing on contending teams or trying to secure one of the 5 individual quaifier spots, tradition and dr...