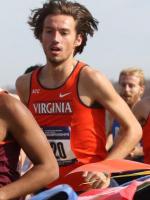 Cross Town Rivals Battle For The Cup & State Rank...
Round one is in the books but things are just getting started between cross-town rivals Albemarle and Western Albemarle. ...
Madden wins Southerrn Track 2 mile at UVA with sub 9 cl...
Skyline junior Thomas Madden continued his torrid pace in his races so far this outdoor season in winning a loaded Southern Track Classic high school 2 mile field assembled at the University of Virgin...
Virginians @ Penn Relays (Friday Highlights)...
Westfield boys were the fastest qualifiers of all teams in the 4x800 trials with a state best time of 7:48.39 from the indoor AAA state 4x800 relay squad and now insert themselves as a far in the Cham...

Penn Preview: Boys...
To some, winning a Penn Relays Gold Watch is a goal just as, and even sometimes moreso important than winning a national championship.  Watches are awarded only to the overall American winners in Cha...
Athlete Spotlight: Adam Visokay...
Photo by Ryan Kelly   Adam Visokay did not start taking running seriously until his junior year and the rest of Virginia is grateful for his late start or he would have left many mo...
2011 All-MileStat.com XC Team...
The 2011 All-MileStat.com Cross Country Team has been published. Selections include Runner of the Year, Coach of the Year, Freshmen of the Year, Most Improved Runner of the Year, and 7 runners selecte...