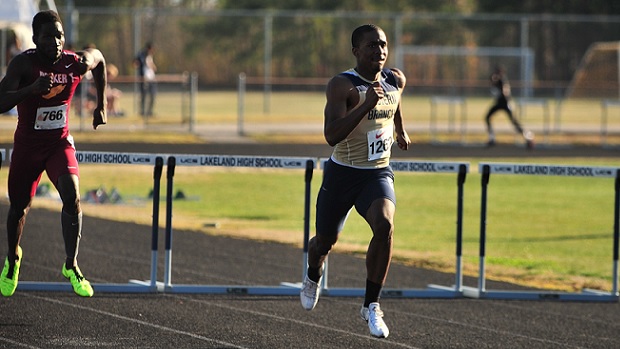 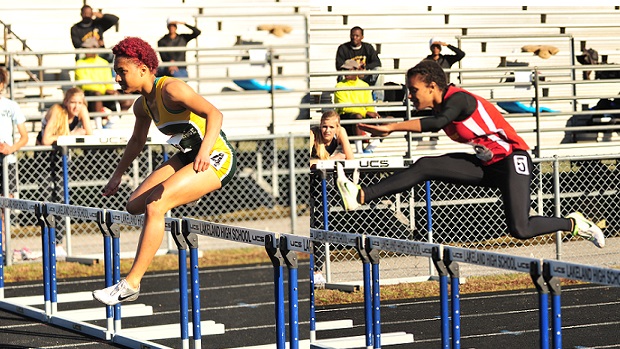 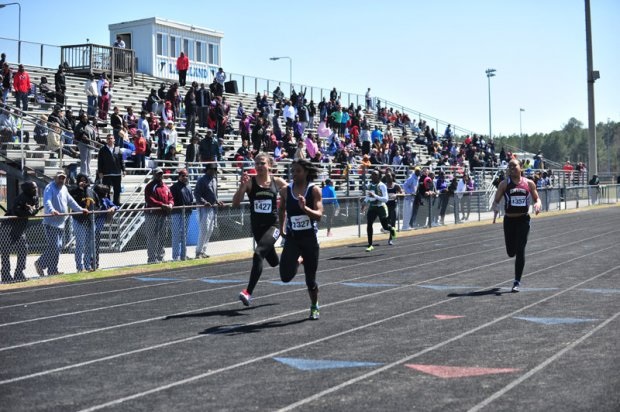 Two state champion sprinters went head-to-head in the 200 meter dash at Lakeland High School between Indian River senior Andrea Wright and Phoebus sophomore Carolyn Brown. Brown earlier in the meet won the 100 meter dash (12.69) and high jump (5'2"), but was denied a third first place finish on the day by the indoor 300 state champ Wright, who shifted into another gear for the final 25 meters to edge out Brown (2nd, 25.15) with a 24.94 clocking. (Photo by Jacqueline Justice) 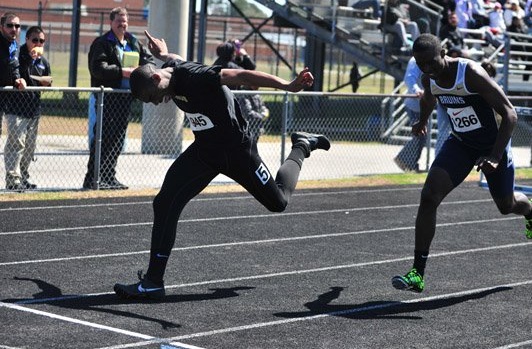 A great battle was waged in the boys 300 meter hurdles between Phoebus sophomore Charles Graham and Western Branch senior Aaron Simpson. After winning the 110 meter hurdles earlier in the meet with a 15.68 performance, Graham came back to face off against the Eastern Region 55 meter hurdles indoor champion at the intermediate hurdle height for 300 meters. It went down to the finish between the two as they were neck and neck clearing the final hurdle, but Graham gained the advantage to win with a personal best performance of 39.41 (VA #2), while Simpson settled for second with a solid effort at 39.61. (Photo by Jacqueline Justice)