The first racing action of the cross country season was found at Burke Lake Park in Fairfax County on Friday with two of the top returning programs for the new 6A North Region between Chantilly and James Robinson on both sides (boths & girls) as well as the Robert E. Lee cross country team. James Robinson won the scrimmage by a mere one point over Chantilly in both races.

All photos by Steven Pham 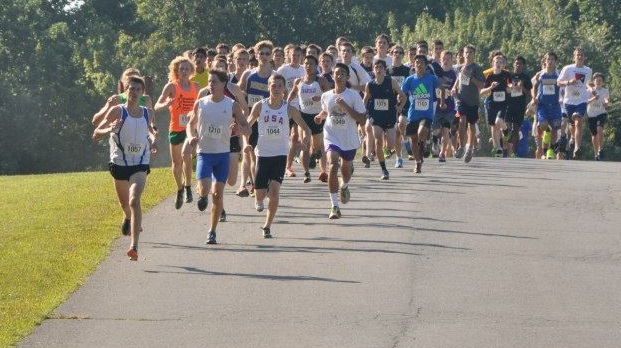 Start of the boys' race 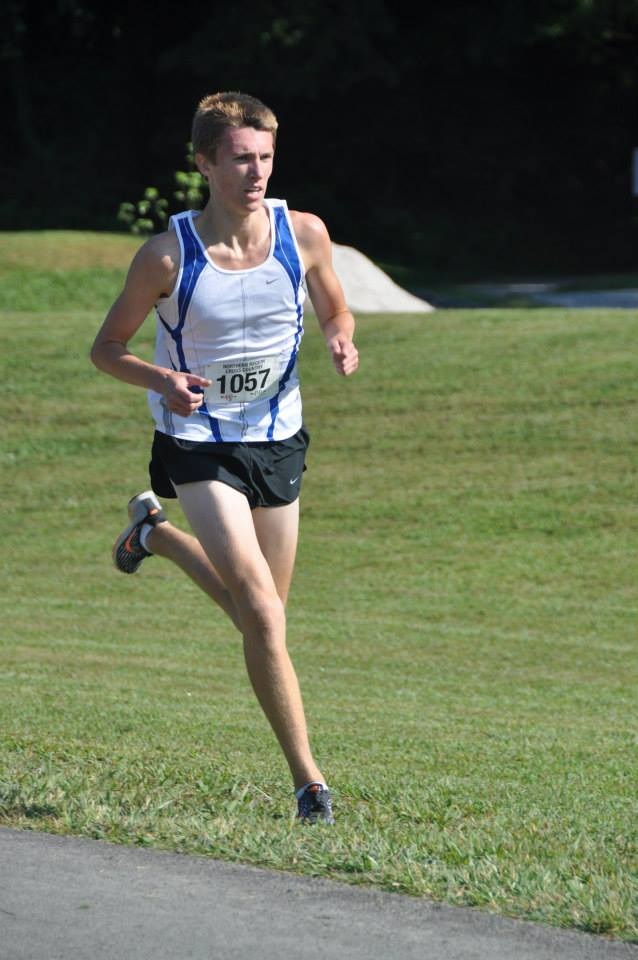 Chantilly junior Ryan McGorty looked in All-State shape and could potentially draw consideration as a Group 6A state title individual contender if his 9:49 two mile victory in the scrimmage at Burke Lake Park is a glimpse of a great season to come. 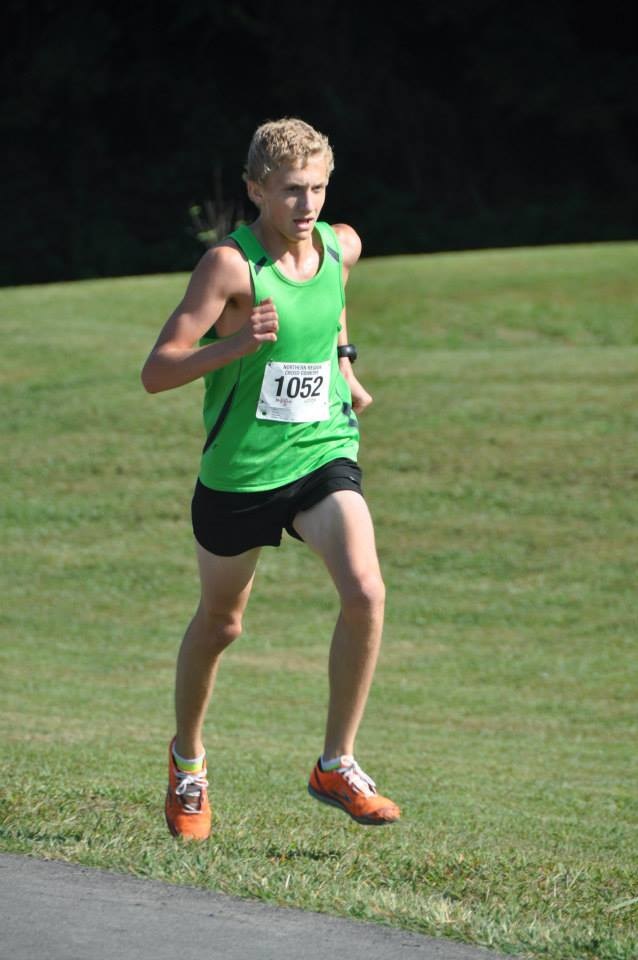 The secret was out after our visit on Wednesday to Chantilly's team practice and 4xmile tempo workout that they have landed a talented transfer from Utah in junior Dakota Lange. In his first race in Virginia, Lange finished ahead of all of James Robinson's varsity runners and second only to teammate McGorty with a sub 10 minute 2 mile time of 9:55 at Burke Lake Park. 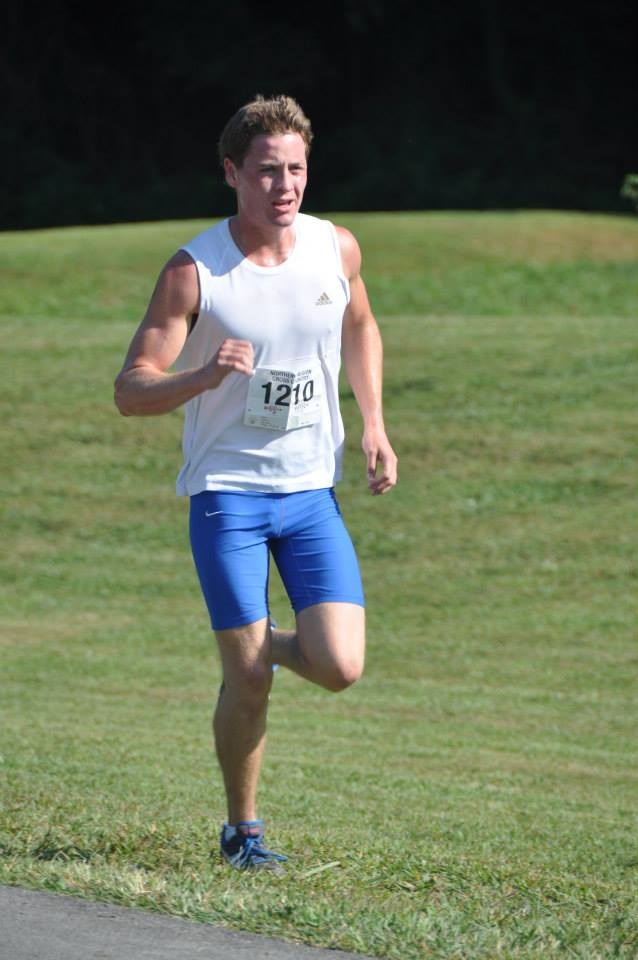 Nathan Schulte specializes in middle distances on the track, but showed that he has down his homework over the summer as the top finisher for the Robinson boys in the scrimmage with a time of 10:07 as his team packed it up with a 14 second spread for their top five (10:07-10:21) to edge out the defending Group AAA state champions Chantilly by one point (27-28) 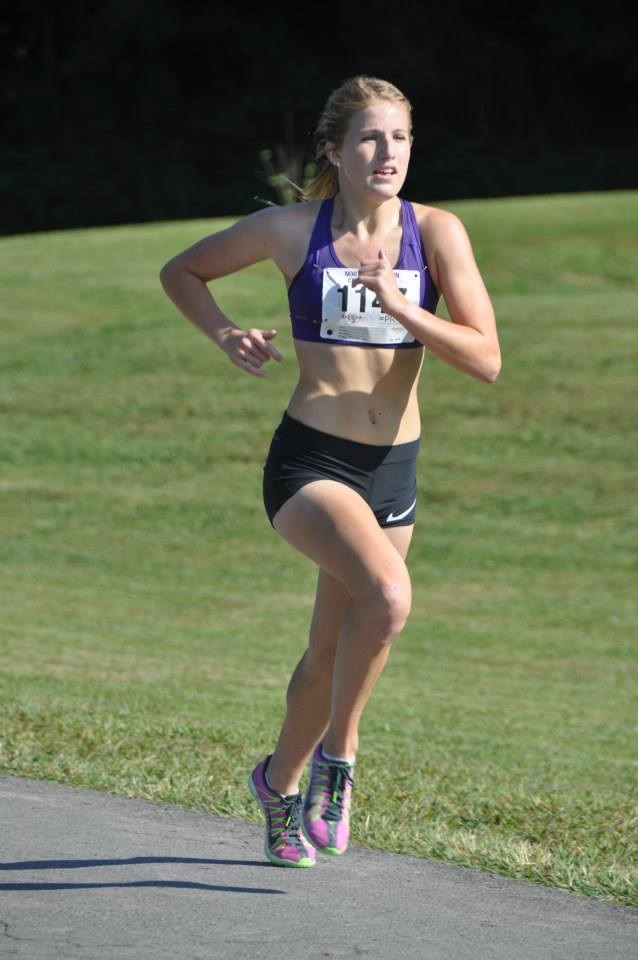 2013 Group AAA state outdoor 1600 meter champion Macey Schweikert of James Robinson opted to run in the boys' race, which helped pull her along to quick pre-season time of 11:07 for 2 miles at Burke Lake Park. Her time was 47 seconds faster than the actual girls' race winner in another All-State caliber runner Bailey Kolonich of Robert E. Lee. 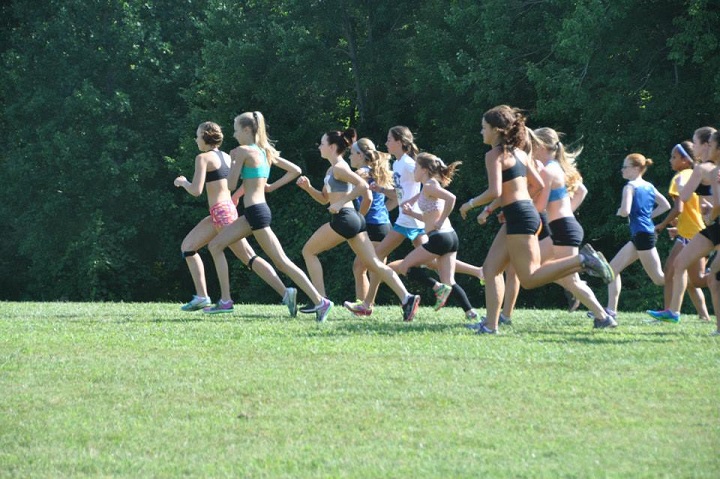 The start of the girls' race. 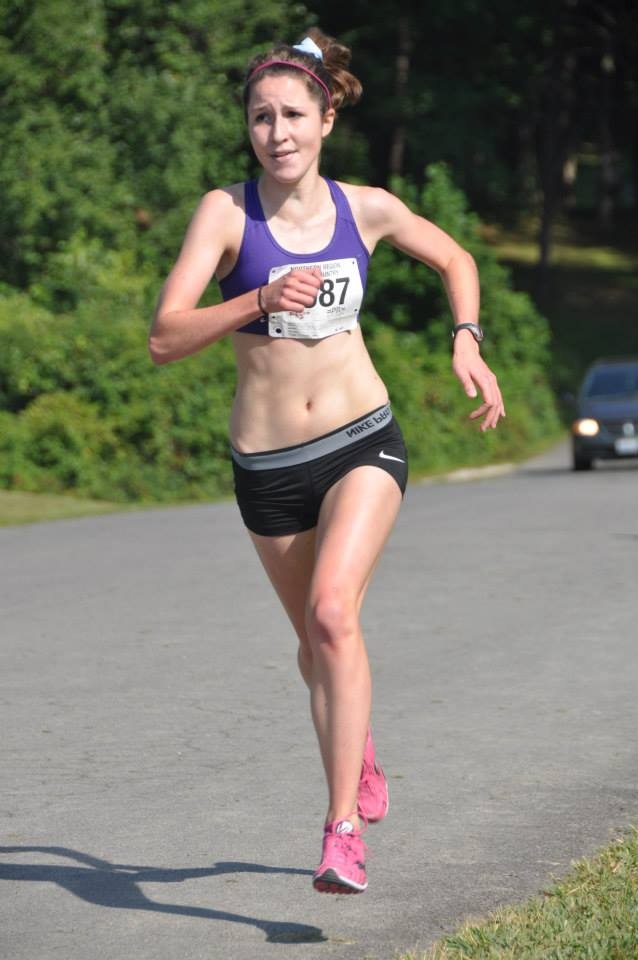 A pre-season matchup between two of the state's better returning distance runners in Robert E. Lee's Bailey Kolonich and Robinson's Macey Schweikert didn't happen with Schweikert hopping in the boys' race to allow Kolonich to pull away for a 7 second victory in the girls' race with a 11:54 clocking. 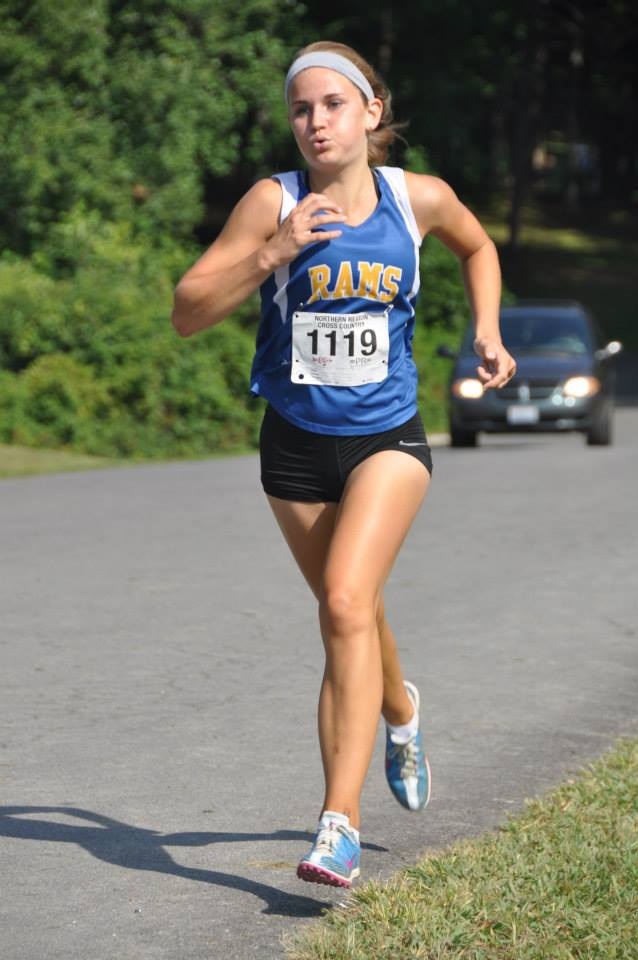 A welcomed return for the Robinson girls with their #2 runner Lauren Berman back racing again after missing the track season due to injury. Berman appears to have worked herself back into shape over the summer with a runner-up finishing time of 12:01 in the scrimmage and lead the Robinson girls to a one point team victory over Chantilly despite not factoring in Schweikert into the team results. 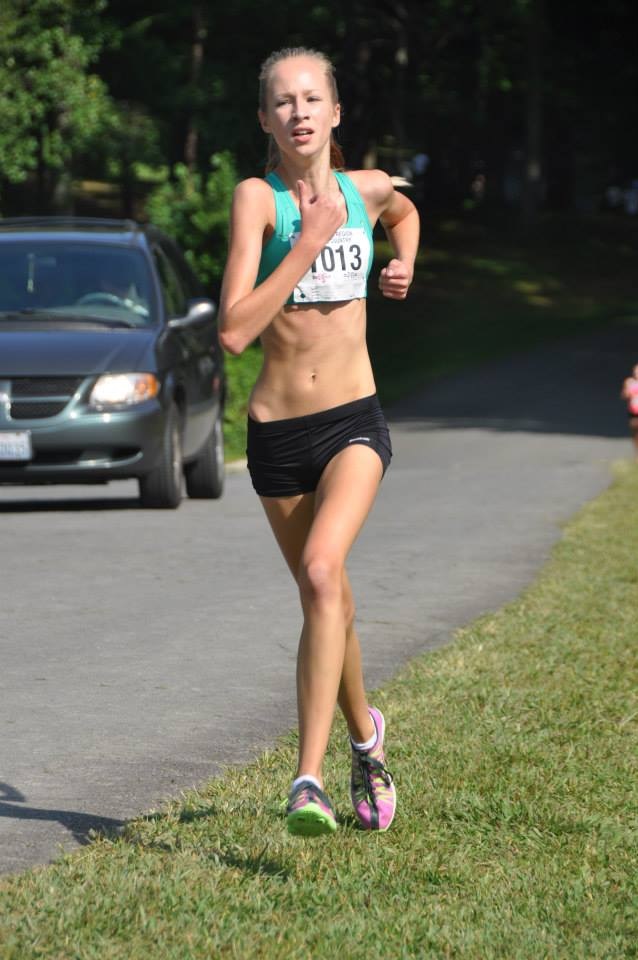 With Chantilly sitting out #1 returning runner Nora Raher for the girls, the opportunity presented itself for Xaveria Hawvermale to be the front runner for the girls' squad. She did an admirable job with a strong individual run to flirt with a sub 12 minute time on the first two miles of the Burke Lake Park course in her third place effort of 12:07.