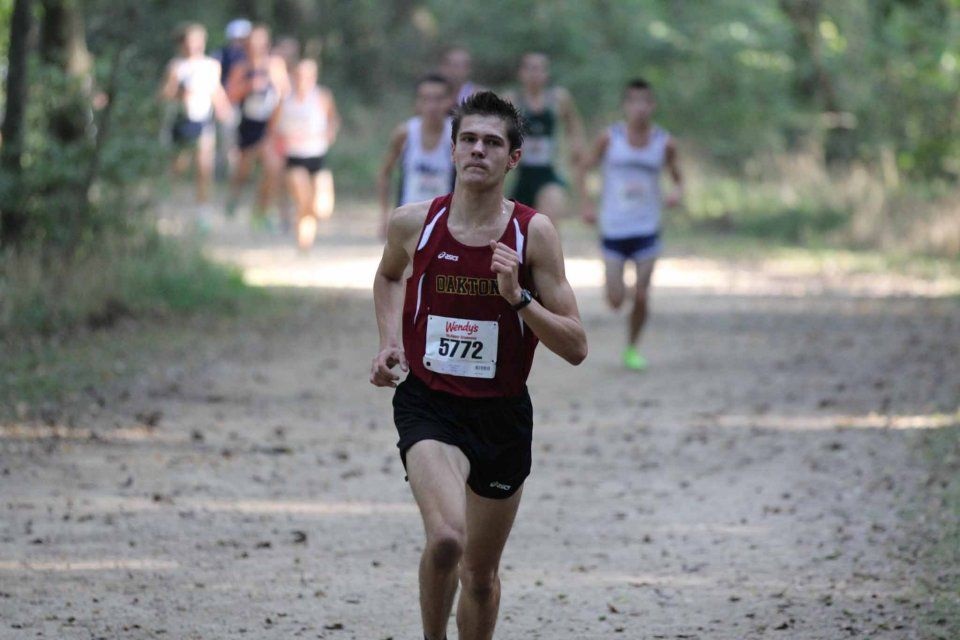 A total of 343 Virginians (as of November 24th) are currently entered to race in the 2013 Foot Locker South Regional at McAlpine Greenway Park in Charlotte, Virginia. More information can be found at the official meet website at: http://www.footlockercc.com/south/.

Oakton senior Jack (John) Stoney is one of several Virginian hopefuls of qualifying for the Foot Locker Nationals in San Diego via a top 10 finish in the seeded championship race at McAlpine. Stoney is coming off a 15:24 personal best victory at Great Meadow last Friday to claim his first individual state title in the Group 6A boys race, which should translate to an even faster race than his 15:32 performance earlier in the season at McAlpine in the Wendy's Invitational.

Thomas Edison senior Louis Colson was the highest finisher in last year's seeded race (29th, 15:28) from Virginia and returns after completing an incredible season building up until this point with a national berth on the line. Colson won the 5A boys state title last week in a 15:06 clocking and tied for 8th all-time on the Burke Lake Park 2.98 mile course in his conference meet at 14:42, while posting similar times if not far off to the 2012 season performances of last year's South Region champ and national runner-up Sean McGorty. The Harvard bound Colson should find himself among the leaders competing for the win and his first sub 15 minute performance after clocking a time of 15 minutes flat earlier in the season at Great American.

More of the state's elite for boys already entered as of November 20th who will be also ready to roll to a big season ending PR in Charlotte well into the 15 minute range and see how close they can come close to a top 10 national berth will be Group 3A state champion Andrew Hunter of Loudoun Valley, private school state champ Hale Ross of The Potomac School, Atlee senior Nathaniel Hall of Atlee, Deep Run junior Matthew Novak, Robert E. Lee senior Biruk Amare, and George C. Marshall senior Mackenzie Haight.

Returning 2012 Foot Locker finalists from Virginia in West Springfield senior Caroline Alcorta and Oakton junior Allie Klimkiewicz as well as 2012 Nike Cross Nationals individual qualifier Hannah Christen of Lake Braddock are registered for Foot Locker South as the state's top three ranked runners throughout the fall.  The UNC recruit Alcorta will be one of the pre-race favorites at the South Regional and have her best opportunity to break 17 minutes for 5K on the PR-friendly McAlpine course, which Erin Keogh and Aurora Scott are the only past Virginia high school girls who have ran that fast in cross country. Klimkiewicz went from 8th in the state meet last year to 9th in the Foot Locker South Regional. She is hoping for a similar follow up state race performance after leading her team to the state title last weekend with a fourth place individual finish in the 6A race. Lake Braddock has qualified for runners for Foot Locker Nationals than any other program in the state of Virginia. Their storied program hopes to add two more to that list in Christen and teammate Katie Kunc.

The Foot Locker Cross Country Championships South Regional is open to all U.S. high school students (male and female, grades 9?12) who will have not reached his/her 19th birthday before August 1, 2013. Runners compete in the races as unattached individuals.

For complete information please go to http://www.footlockercc.com. Please give ample time for your name to appear on the entry list.