What seems to be the biggest event at this year's Southern Track Classic is the very fast and exciting boys 800. This field features two of, if not the two, fastest boys in the country, Kenneth Hagen of Blacksburg and indoor national champion Derek Holdsworth of Lafayette. 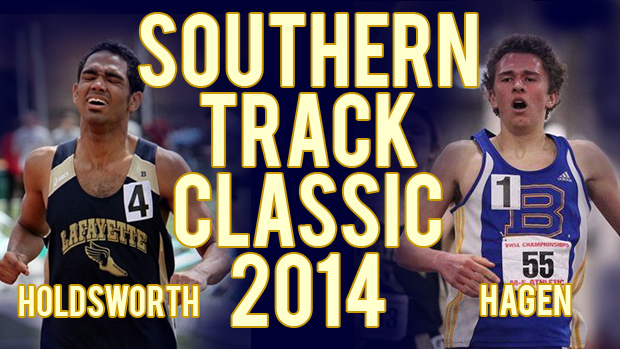 Here is your Field: 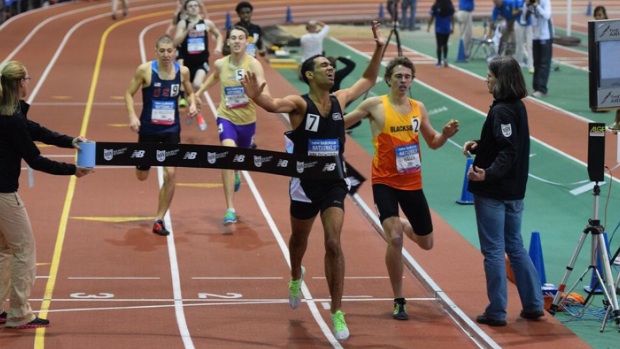 With merely hours to go until one of the best meets in Virginia each year it is now time to start delving into some of the highlighted events. This first event and the center of this article is the very fast boys 800. Coming into this event with the fastest time, and also the defending indoor national champion at this distance is Lafayette's Derek Holdsworth. Holdsworth is seeded at 1:50.39, this was a US #1 time up until two weeks ago. Holdsworth ran this time early in the season at the Colonial Relays unapposed. Holdsworth did not run this past weekend despite being seeded in the fast section of the boys 1600 at Dogwood where he could have potentially seen Hagen for the first time since nationals. Holdsworth has quite the kick and in indoors was the guy to beat 500-800, he will likely look to push the pace early and do work from the front, from watching his strategy this will be his plan. Though he may have the fastest time he is really only the co-favorite alongside Hagen. 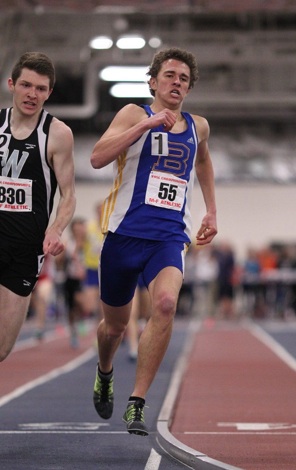 Kenneth Hagen was unstoppable earlier this year but has had quite a stretch of bad luck and bad races the best few times these guys have squared off. Hagen really has not run a fast race this year at the 800m distance but did throw down a 4:12 1600 this past weekend to win Dogwood and now lead the state. Hagen's only honest 800 this year was probably his leg at Penn Relays where he split in the 1:51 area but he is very capable of going well below that mark. Hagen also likes to dictate the pace and separate from the field so it will be interesting if this is a rematch in style from New Balance Nationals. In that race both Hagen and Holdsworth separated themselves from the field and made a 1 vs. 1 race for the national title. Though Holdsworth won the race, Hagen finished in a very very close second after having run nearly 600 meters with only one shoe. Hagen does not quite have 47 400 speed, or at least he has not shown that yet, but he is very capable of sustaining a low 50s pace. Both of these guys are co-favorites for a reason, they are both champions and winners and both happen to be extremly fast at anything 500-1600 so it should be one heck of a race.

Though these two guys are the co-favorites, they are only two of a luck thirteen guys in this race and as many of you know, anything can happen. Seeded second in this race and one of the best returning 800m runners is Centreville's Chase Heiner. Chase has gone 1:51.95 and actually comes into this race seeded second. Chase has races Holdsworth already this season at Colonial Relays but had an off day running well off what he is capable of doing. Seeded 4th in this race is Christpher Short of Warhill, he has gone 1:53.10 and is the only junior seeded inside the top six. 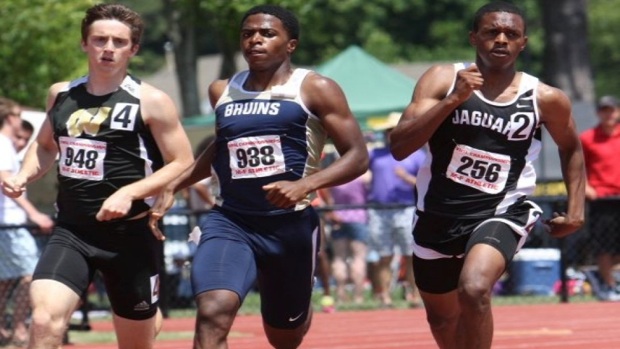 Next and seeded 5th is Glen Allen's Stanley Davis who ran very well indoors and won multiple state titles at the 4A level. Davis has run 1:53.11 this season and headlined a very competitive field at this year's MileStat.com Elite Track Classic. Davis is also one of the athletes that can run competitively and likely win a state title in anything 400-1600 which means he cannot be counted out. Davis as well as a couple others could benefit very well from a packed field waiting to kick allowing him to make up time on good positions, but of course positioning is key. Seeded 6th is Nathan Schulte of Robinson who has also ran an impressiev 1:53.61 this season. Robinson is a senior and experienced in packed fields through his years of experience running in the distance heavy Northern Region. He too, as anyone esle, can benefit greatly if this race becomes a packed bunch. Filling out the top seven and the last runner to have run sub 1:54 this season is Deep Run's Matthew Novak. Novak has stellar foot speed and can likely run a 48 or faster 400. He also have a great endurance ability and is one of the top runners in the state at 1600. He has won state titles but yet this event seems to evade him on his trophy case currently. It could be because he just doesn't have enough race experience or it could be that he is often focusing on other events, we will definitely find out Friday.

Keep an eye out for more events to previewed as well as a complete preview for this Friday's fast meet. MileStat will also have three photographers, two videographers, and live tweeting from this weekends' meet.