If this meet is known for one thing it would be fast times. This meet flat out produced some of the most impressive times of the season and also showed us a lot of the talent our state has going into the post season. Headling this talent were two of our state's biggest stars, Weini Kelati (Heritage) and Andrew Hunter (Loudoun Valley) who ran away with their races in very fast times. Kelati won her race in 17:31 while Hunter made quick work of his race by breaking his own course record by 30 seconds to run 14:54. 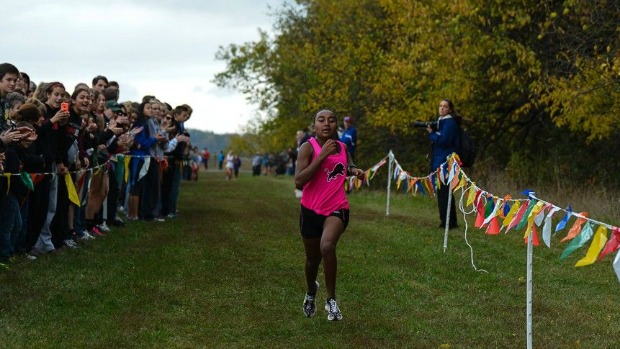 In the first championship race of the day it was quite the race on the girls side. Though the race was never truly in doubt with Weini Kelati remaining undefeated in high school, the race did feature quite a few big personal records. Crossing the line second behind Kelati was Patriot sophomore Rachel McArthur who made a lot of people believers when she blistered through the course in 17:51! That time was good enough to rank her 17th in the nation amongst her classmates. Ciara Donohue of Loudoun Valley also showed us what she is brining to Great Meadows this November when she burst through in 17:54 to be the fifth sub 18:00 girl this year. With that time she really has put herself in contention for a state title in what we like to call Blacksburg's classification.Up until this time, Blacksburg had been slated to score a perfect 15 points at the state meet. With Ciara running this well though we could see a big upset on the individual side as Bonnie Angermeier has only run 17:43, well within catching distance for Ciara.

In the team competition here it was all Patriot all the way. Patriot scored an impressive 74 points well ahead of their nearest competitors, Loudoun Valley who garnered 139 points to beat out Battlefield with 142. 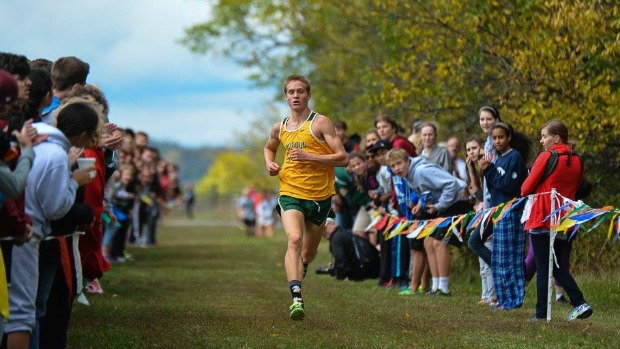 On the boys side of things it was all Andrew Hunter from the start. After finally getting the national attention that he deserved after winning Great American handedly, Hunter was at it again this time besting his own course record and the entire field by nearly 30 seconds in a 14:54 victory. Following behind him was Chantilly's Ryan McGorty who is definitely getting into shape right at the perfect time by posting a personal record 15:30 to finish as the runner-up. In third was Millbrook's Tyler Cox-Philyaw who ran 15:37 and was closely followed by Girma and Schrank who also broke 16:00.

In the boys team competition it was consistency of placing by West Springfield that led to their victory with 115 points. In a very close second was Chantilly who, as you can see below, had the fastest 1-5 team average time. Finishing in third were the boys from Georgetown Day School in Washington, DC.