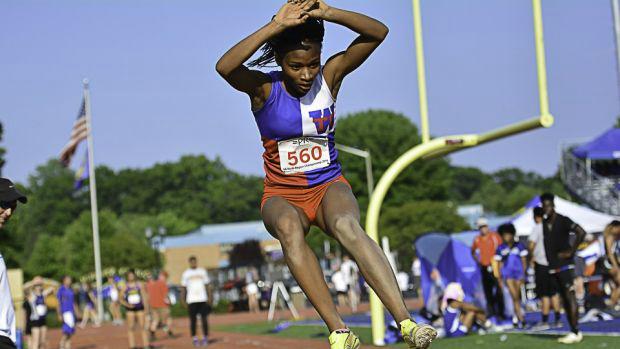 Right now T.C. Williams is definitely known for the Lyles brothers and rightfully so but most people do not know that they aren't the only highly decorated athletes from TC. Tynita Butts and many others have walked those hallways and even before Remember The Titans they were great.

Nyla seems to be the next athlete in line to take up superstar status. She is already very much on pace to be just as good as Tynita who would go down as one of the best our state has ever seen across the jumps. She is also just now getting into the groove of things which means we could see a lot of improvement at states and early next season.