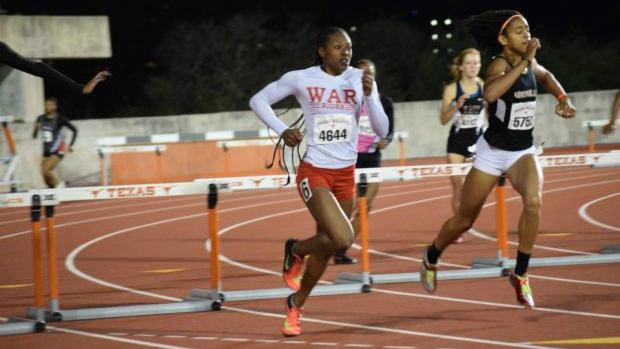 Everyone knows about Drew Hunter or Noah Lyles and especially Grant Holloway. But for some reason everyone likes to forget the one athlete who holds the most state records and that of course is Brandee' Johnson. Brandee' is entered this weekend in the long jump, triple jump, the 200, and both hurdles. She opened her season with state records in both hurdles and she is definitely going to be chasing that record in the 200 as well.

Her points coupled with Richardson's, Goulet's, and everyone else's on Team War will make this meet a very lopsided affair. They are slated to win by a complete landslide.

Bethel on the boys side are definitely the favorites but it is not a completely done deal yet. They will have to hold off Lee-Davis and Tuscarora. Lee-Davis though has the best mathematical chance to take the Bruins down as they face off with them more in the hurdle races and can directly beat them to switch the points... but they have to beat them which is going to be easier said than done.

So the team title races will hopefully be entertaining but what we know is guaranteed to be a box office hit is the boys 1600 and pole vault. In both of these events we have basically the entire state top 10 off squaring off in a single event to see who is the best.

In the boys 1600 we have Waleed Suliman, Fitsoum Seyoum, Zack Witt, Bashir Mosavel-Lo, Harrison Martingayle, and Saurav Velleleth. That means we have the reigning 1600, 3200, 1000, 4x800, and cross country state champion all meeting in a single race.

It is our bet that Zack Witt opens strong and pushes the pace early with Bashir running in second. The favorite though has to be Waleed Suliman who has shown and uncanny ability to race the perfect race every time. He is going to have fits though with Fits as he too likes to sit and kick. This race will be decided in the final 250m.

The boys pole vault will be just as exciting with VA #2, #3, and #5 all vaulting off over 15ft this weekend. Chris St. Helen is the favorite but he will need to equal his 15-4 season best if he wants to hold off Mark Miller at 15-3 and Josh Grant at 14-8. Big team points could be at stake here.

On the girls side we will have some very exciting competitions as well. Princess Anne's Victoria Gibson enters the weekend as the favorite in the long jump and third in the triple jump and is definitely going to try and play the spoiler role as she will directly be impacting major team points. 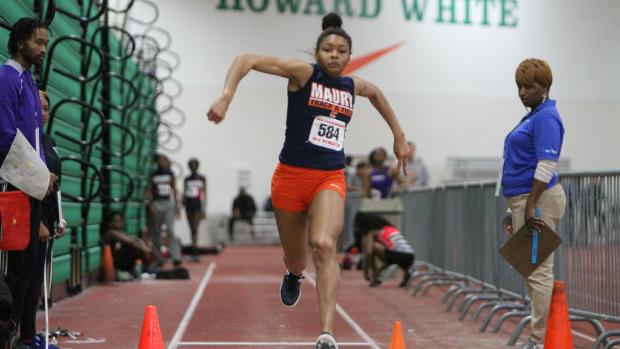 Maury's Bria and Brooke Stith on the other hand will be trying their best to take home as many points as they can starting with the jumps and making their way into the hurdles. They will essentially try and bring home that second place trophy by themselves.

It is almost unfair though to the other state meets how awesome these distance races are every single season in 5A for the girls. XC came down to the wire and every title this weekend will as well. The 4x800 will be a close battle between five teams onto the anchor legs. The 800 is led by Kathryn Mayo at 2:13 but there are six other girls under 2:19

The girls 1600 should be the best of them all. Heather Holt leads the field at 5:00.89 but there five girls seeded under 5:04. This list also includes Doria Martingayle who is your defending 3200m champ and the top seed in that event. It will be a tough double for her and everyone as mostly everyone in this race will be running the 4x800 Friday evening.

This meet will be the last for many and the first for a few. Regardless though who you are cheering for or what events you find to be the most interesting, this meet will be a nail biter in nearly any event and records are going to get destroyed.