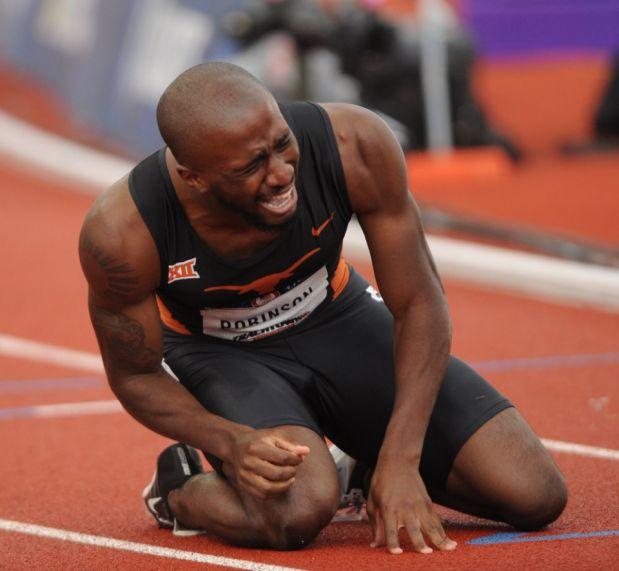 Despite having the slowest reaction time in his heat, Western Branch 2013 grad Byron Robinson traversed the ten hurdle barriers to auto-advance to the 400mH semi-finals.

Byron was somewhat of a long shot to make the Olympic team this year, especially in an event that the US dominates on another level. He made it onto the team by barely advancing to the US Trials' final and then sneaking up into the second spot with a very strong final 100m. It was clear that he wanted it more than a lot of other athletes.

This morning he had the best lane draw of all the American competitors when he drew lane four for his heat. His reaction time was .229 seconds and finished in 48.98 just off his 48.78 personal best. He finished a solid third in his heat to automatically advance to the semi-finals.

Robinson is not a neophyte though when it comes to hurdles and stepping up when it matters most. In 2013 as a senior he blazed the Todd Stadium track in a 36.61 clocking to bring home the last ever AAA State 300mH title. This time was so fast it ranked him fourth all-time in Virginia and the fastest since 1986.

Byron will be running again Tuesday evening at 8:35pm (EST). He will be running in lane seven and in the third heat of three. This is very fortunate as it will allow him to view the results of the previous heats and know what he will have to run to advance to the finals. The top two in each semi and the next two based on time will advance.