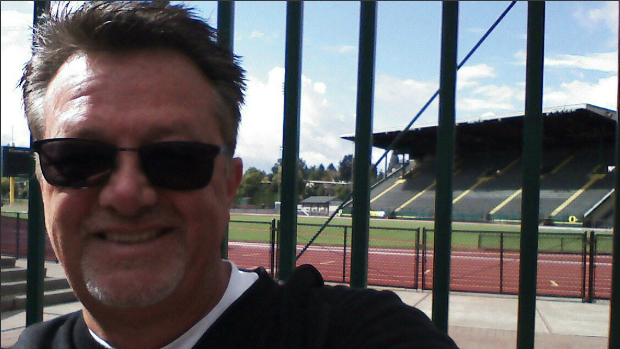 After a long and successful career in the newspaper business, Jeff Parenti has decided to pursue one of his first loves, running. In his new role as webmaster of California he will be working nonstop to provide the best coverage of all things California track and XC 365 days a year.

"I want to be the person and site people go to for anything and all things CA Track/XC. I want to be a person as well as a media source that is accurate, reliable, and vital to the entire state. I want to show people who we [FloSports/MileSplit] are and what we are doing." - Jeff Parenti

Jeff, an Indiana native moved with his family to California as a sophomore in high school. He is also a Patrick Henry (San Diego) and San Diego State alumni who enters this position with 17+ years of reporting experience and a love for track, field, and cross country. Writing will be his strong suit but he also has a history as a photographer.

Entering the start of track season Jeff will be stationed out of southern California and will look to grow the coverage for this massive state. His plan is to work swiftly at a high level.

During our interview for this introduction we also asked Jeff some tough questions...

We always hear the argument about NY vs VA or FL vs TX in track. Is CA the best track/XC state in the country?

"Haha...[pause to give a good answer that isn't bulletin board material] That's what they all say. I don't know how Texas or Florida feel about that but you can't argue with our depth. I think where California is just better than any other state is the depth. California will take you or any other state 3-5 deep year over year."

Who has been the greatest runner, relay team, and field event athlete you have personally ever seen in California?

Finally, what has been your favorite track memory in California?

Seeing Marc Davis, an athlete who I had covered a lot throughout high school win the Kinney XC Championships was really cool but my favorite memory is with Inger Miller. I covered her running career both in high school and when she was at USC. I knew the family really well and was there in 1996 (Atlanta) when she got the gold medal in the Olympics' 4x100m relay.

Though it was really cool to be there for that it was also a funny story. I was in the stands near her father, who ran for Jamaica and medaled in 1968 I believe. She jumped into the stands and was searching for her father to celebrate. The TV and documentary crew was following her run in the stands and when they reached me they basically pushed me out of the way so that I wasn't in the shot [he then let out a good laugh about the whole situation]. It was cool to be  apart of that moment.