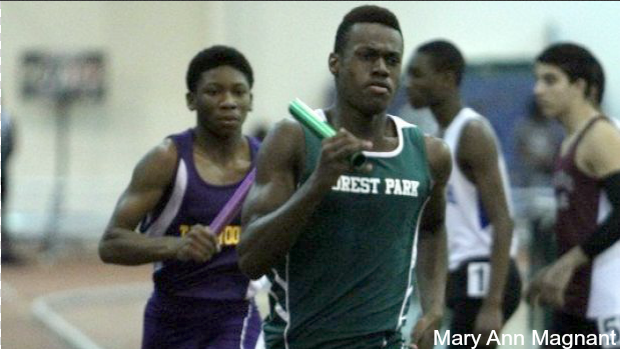 CLEMSON, Sc. - The quartet of Shinnick, Benjamin, Norman, and Morgan broke the NCAA and World Record in the 4x400 this weekend to win the Tiger Paw Invitational in 3:01.98. That time was just barely off of the American record which was not ratified as a IAAF World Record.

Forest Park alumni, Ricky Morgan Jr., was the third leg on this relay for the Trojans. He split 45.72 to hand off the baton in the lead.

Two other Virginia alumni were in this race as well. Grant Holloway split 45.12 for Florida who finished second and Ricky's former teammate Mustaqeem Williams led off the Tennessee squad in 47.35.

Ricky is just another of many examples of how athletes who were not superstars in the high school ranks can become superstars on a much bigger stage. That growth from being a 1x state champion to world record holder and competitor at the Olympic Trials is from years of hard work and discipline.