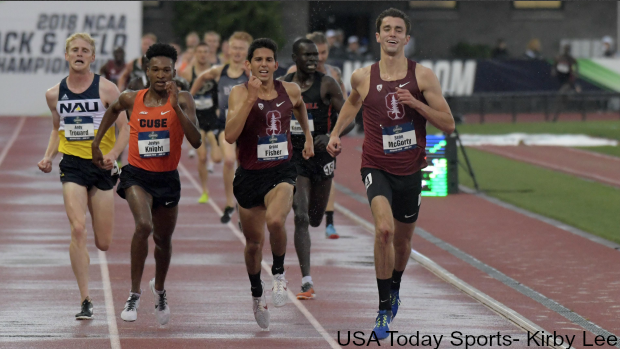 Chantilly alum and Stanford star, Sean McGorty made the most of his final college race. He crossed the line first in 13:54.81 to win his first individual NCAA title. He has been a multiple time All-American for Stanford and was also a national champion in high school.

The race itself was a perfect example of an athlete playing to their own strengths. He and many others stayed in pack letting others lead for the first eight laps. It was then that he moved into third, then second, and finally first. He used his strength to fend off those chasing him and trying to pass the final lap. He powered down the homestretch and held on for the win with the indoor champion, Justyn Knight, and defending champion, Grant Fisher, going two-three.