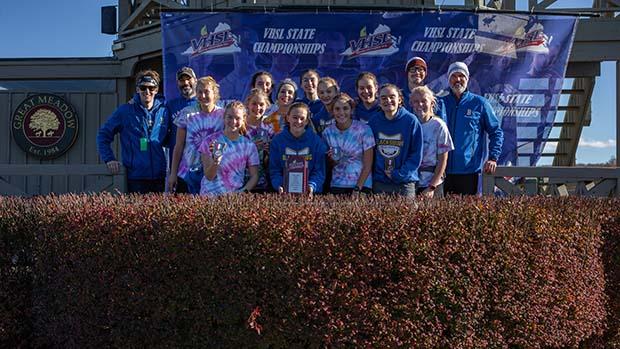 The VHSL Class 4 competition has once again proved to be the best in the state.

Winning the Class 4 girls state championship was Loudoun Valley, which notched its fourth win in a row with Blacksburg behind them in second.

Blacksburg took home its fourth runners-up trophy in a row after winning seven in a row. This made for one of the rare occasions when the second-place team was the bigger headline. Blacksburg, with its second-place finish, has made 17 podium finishes in a row.

The next closest we could find ever was George Mason at eight and Midlothian at seven. Loudoun Valley has made it seven with the girls' team victory on Saturday.

Blacksburg's streak has lasted so long, in fact, that some members on the team were not even born when the streak began. It is such a long streak that it has last four VHSL realignments, five Olympics and now three Blacksburg coaching staffs.

This podium finish is their 27th overall, 18 of them being victories. The Bruins hold the state record for most wins and most second place finishes as well. It gets even more impressive knowing the girls team is the only team that has made every single girls state meet ever (1980).

The Bruins advanced to the state meet after finishing second in their region (4D). The Vikings ultimately made it not that close in the team standings with solid finishes all around. This is the school's fourth girls title in cross country and Ava Gordon took home the individual crown, her third in a row. The team now has secured five individual championships in a row.

The full team results and individual results can be found here.