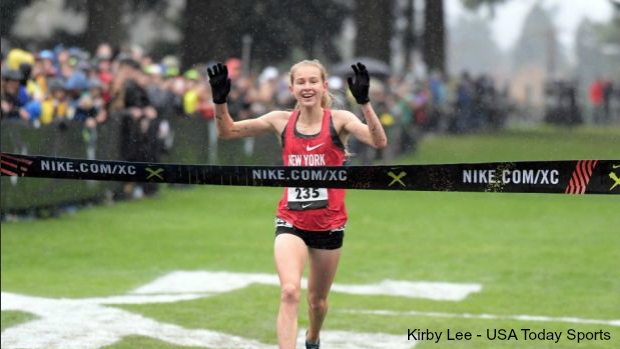 In five years the VA Showcase has seen over 120 US #1 performances, 10 national records, and 5 U20 world records too! Though the meet is still young, this year being its sixth edition, the alumni from this meet have already started to do some big things.

Out of the thousands of athletes to attend and compete at this meet, nearly three dozen made the Olympic trials this past year and some even made the Olympic team and won medals. Those include Athing Mu, Randolph Ross, and Lynna Irby who all won gold medals.

Athing Mu is probably the current biggest alumni of this meet and it is crazy to think in 2020 she was running in the meet as a high schooler and just a few short months later she is the Olympic champion in two events. Randolph Ross is the same story.

Some other big names that are continuing to do big things in the NCAA are Taylor Ewert (Arkansas) and Katelyn Tuohy who just helped NC State win the XC team title.

One crazy alumni story was that three of the four ladies on Texas A&M's 4x4 actually all ran at the VA Showcase. That team that broke all the NCAA records had Syaira Richardson (Nansemond River), Athing Mu, and Charokee Young (Hydel-Jamaica).

Meet management shared with MileSplit their quote on this list, that quote is below.

"This meet is not about the names, it's about the performances. We like having super stars at the meet but what we love is seeing them achieve their goals. Our event was created for records to be broken and we can't wait to see records fall this year both at our meet and with our alum".