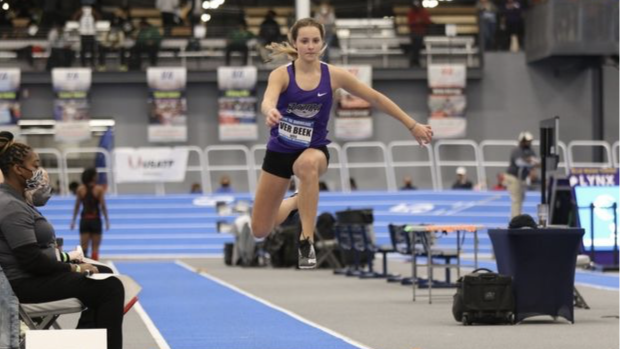 James River freshman, Lilly Ver Beek did quite well in her high school triple jump premier at the VA Showcase. Despite not having competed in the event, she ended up placing third overall in the unseeded division of the largest meet in the nation. Her mark of 35-11.5 is a freshman state leading mark and ranks sixth overall in Class 6 this season.

The impressive part of this performance is not only that she is a freshman but also based on the state of competition. Out of the 15 events in indoor track, the triple jump may be VA's best event when compared nationally. That is saying a lot about Ver Beek's performance.