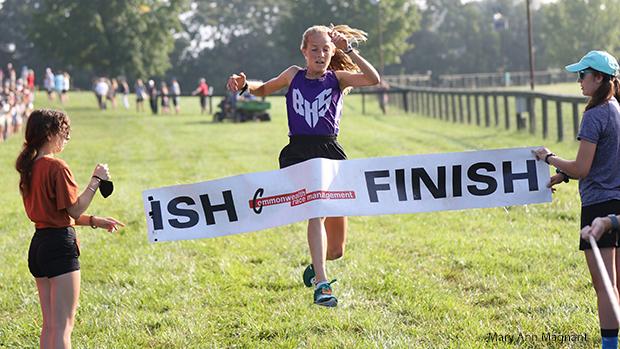 Sailor Eastman jumping across the line in 2021.

This year though the season just feels different. There will be no Great Meadow Invitational or Octoberfest. With the change in management and the state meet moving to Oatlands, it was the perfect confluence of events that led to two of the biggest meets in VA being cancelled and taken off of the schedule.

We'd be remiss if we didn't thank the meet managers and the thousands of hours they spent on making the meet a success annually, even despite it always being 90 degrees. Those include Dave Davis, Bill Stearns, Derek Farrey, Ken Wall, Mike Keirnan and his team, Dan Wooley and his team, and hundreds of volunteers annually.