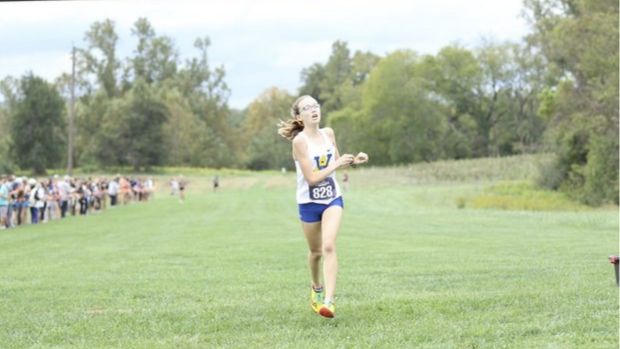 Annually, the Oatlands Invitationals is one of the biggest and best meets in VA... this year the heat is being turned up and this could be the meet of the year. Here we will try our best to preview what we could see this weekend.

In the girls race it is going to be the perfect storm of VA's two best teams (Tuscarora and Western Albemarle) battling it out in the team title race and also some of VA's best athletes all battling for the win.

The time to watch here is 18 minutes. That is what ranks you 5th all-time at this meet and we are predicting six girls break that barrier. Expect girls to hit the mile mark closer to five minutes than you would think as the opening mile in this race is quite quick.

From there the field will spread out on the back loop with likely two small groups pulling away as we head up the hill (~800m to go). That is where we think the likes of Sailor Eastman, Sadie Adams, Thais Rolly, Lily Guinn, and others will be making their move.

Rolly would be the most consistent of the group but you cannot count out the others as they all have their own strengths. Its our guess that Eastman pulls out a close victory around 17:40.

In the second big race of the day it should be another close one. Up front individually it is hard to pick out who could win this. Here is the virtual meet top 10 based on last year's times.

You can see there that it really is up for grabs after you click on the athletes' profiles to see which courses those times were run on.

Right now, our favorite would be Ortmans who showed alot of speed in the track season but Hayden also had a huge breakout season. Shifflett too cannot be counted out since his home course mirrors Oatlands in terrain.

Team wise Colgan and Glen Allen should be up there with Blacksburg and WT Woodson. At this point in the season we think Glen Allen will head down 95 with the hardware.