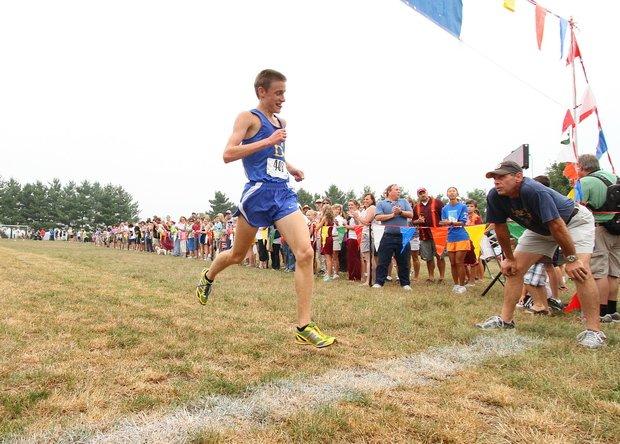 The Blacksburg boys and girls have gotten off to an impressive start in the early portion of the 2011 cross country season with two back-to-back invitational victories at the Clash with the Titans last weekend and then at the Blue Demon Invitational over the Labor Day weekend. After running off course cost him an individual first place finish last week at Hidden Valley, Blacksburg's Nick Link stayed on course this week on Christiansburg's home 5K course for a 28 second margin of victory with his 16:16 clocking. Link's official time of 16:16.9 ranks him #3 all-time in the course's history. 28 was the number of seconds separating Link from runner-up Walker Mogen (16:44) of Radford, while 28 points was also the final tally for the Blacksburg who inserted four more runners besides Link in the top 10 with Luke Phillips (4th, 17:10), Matthew Borny (5th, 17:12), Michael Carter (8th, 17:34), and Nick Wilson (10th, 17:39). 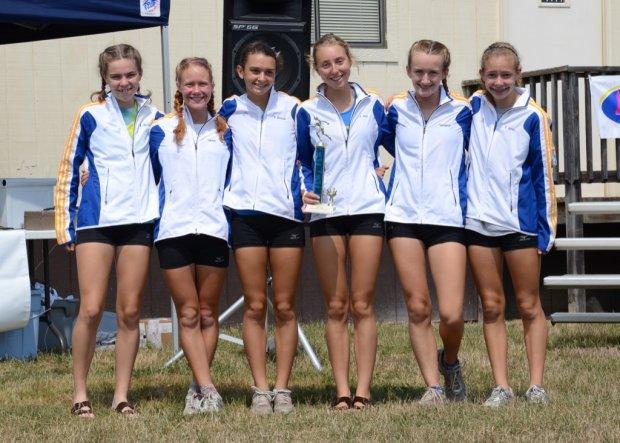 Despite not running top returning runner Hannah Brown for the second week (not expected to race until mid-season), Blacksburg girls won yet another invitational thanks to a sweep of the top 3 individual places from Kate Buss (1st, 20:13), Jenn Fleming (2nd, 20:15), and Claire Ewing-Nelson (3rd, 20:20). Only 7 seconds separated the top pack for Blacksburg, who was able to separate from a pack of Christiansburg runners which finished between them and Blacksburg's remaining top five. Christiansburg made it competitive with Blacksburg in second place with a low team score as well at 34 points. Christiansburg had five girls in front of Blacksburg's #4 runner and all were top 10 finishers individually. Christiansburg could be a surprise team out of Region IV in the Group AA state race at Great Meadow come November.