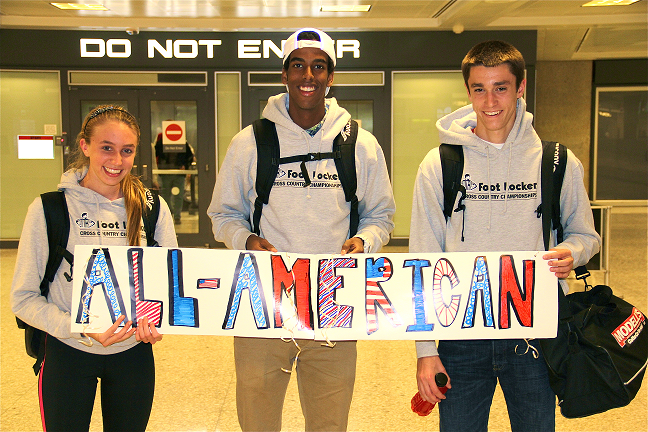 Impressive show by the Northern Region at the Foot Locker Nationals with all of their region's three representatives in the high school national championship race earning All-American honors with top 15 finishes. Chantilly junior Sean McGorty led the way with a 10th place finish of 15:28. McGorty was following the same path as his mother who raced on back in 1983 as a Foot Locker/Kinney National finalist (22nd place). Trailing only two places and one second behind was a familiar foe in South region teammate Ahmed Bile of Annandale. Competing in his second Foot Locker Nationals, Bile became an All-American once again with a 12th place run of 15:29. Rounding out the group of Virginia boys at Foot Locker Nationals was Skyline junior Thomas Madden, who will be the ninth highest returnee next year if able to qualify again after garnering a 23rd place finish. Lake Braddock junior Sophie Chase capped off her stellar fall of racing with All-American honors in San Diego by placing 11th with a time of 17:44. Meanwhile, Cosby senior Megan Moye just missed a top 15 All-American finish with her 16th place run of 18:01.

Check out MileSplit US coverage of Foot Locker Nationals