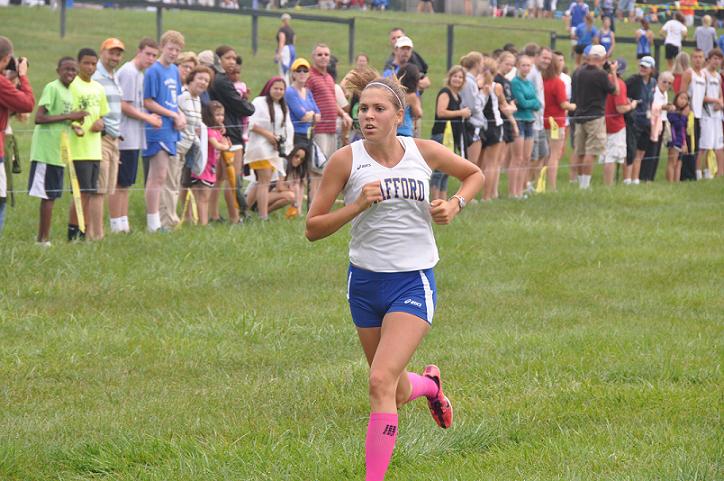 Fact: Patrick Joseph is faster than the gator 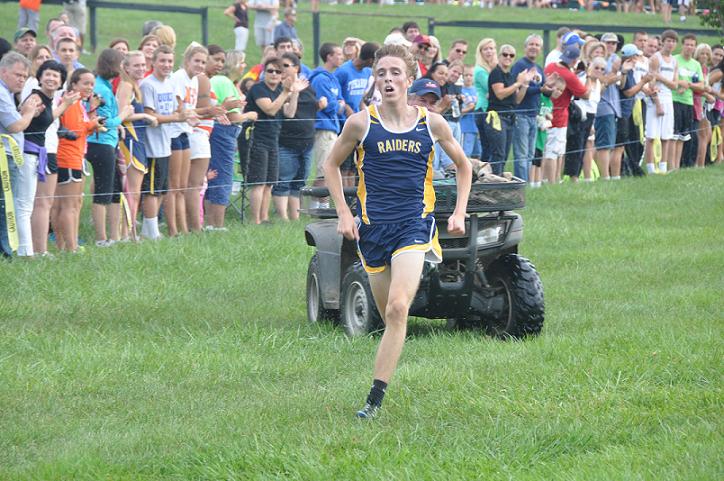 A program on the rise? Battlefield sweeps team titles 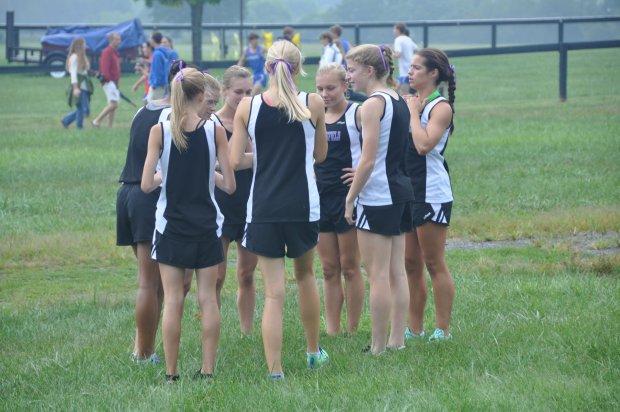 Cross country is back! The Great Meadow Invitational on Saturday marked the start of the cross country season for the roughly two dozen squads in attendance. Heavy and steady rains to the south in Virginia stayed south for the duration of the meet to allow for an overcast and unseasonably cooler day of racing at the same venue used for the VHSL State Cross Country Championships.

In the varsity A girls race to start the meet, Stafford senior Hannah Lowery was on a mission to show that she is not only on her comeback trail to running, but she's already made up a lot of distance and time lost from her junior year which she missed the last half of the cross country season, all of indoor track, and the first three-quarters of the outdoor season. The first major test for the 2010 Group AAA state cross country champion was to face a field which included the defending Northwest Region cross country champion Nicole Carter of Battlefield and private school state cross country champion Devin Nihill of Bishop O'Connell. Neither Carter nor Nihill were able to ever challenge or run with Lowery as she bolted out to the lead in the first 400 meters and continued to build upon her lead throughout the race to eventually win by a margin of 26 seconds with her time of 19:11. While her time was not her fastest including her 18:35 win at the 2010 Great Meadow Invitational in her state title season, Lowery is certainly progressing towards that form from two years ago.

With Robert E. Lee's Bailey Kolonich not showing, it ended up being a top 3 breakaway from the field with Lowery, Carter, and Nihill. Carter had a solid run for runner-up honors with her time of 19:37 and to hold off Nihill who was running just behind her for much of the race, but knows that a repeat Northwest Region title will be a tough road with the strong return of Lowery. Nihill like her Bishop O'Connell team have been demoted down to being #2 ranked in the private school squad, despite being defending state champions. The Bishop O'Connell senior Nihill showed that she is only stronger from a year ago as she ran right off a 11:05 3200 meter runner from this spring in Carter in spite of not raced since last cross country season.

Carter also helped lead the Battlefield girls to a season opening team victory at Great Meadow and appear to be a formidable team to be reckoned with in the Northwest Region this fall. After Carter, Battlefield put four more runners inside the top 15 including a strong individual run from Becca Howe to garner a fifth place finishing time of 20:06. Howe's time was a remarkable 3 minutes and 7 seconds improvement from her season best last fall as she experienced huge improvements in her running during the track season to post a 12:12 3200 meter time at the Northwest Region Meet. Rounding out Battlefield's scoring top five were Hannah Schwennesen (8th, 20:46), Emma Thornberg (12th, 20:59), and Jordan Robson (15th, 21:04) for a final team score tally of 38 points.

The next three schools were all from Loudoun County in Tuscarora (2nd, 82 pts), Heritage (3rd, 109 pts), and Loudoun County (4th, 136 pts). Tuscarora had an incredibly tight pack for their first four runners as only 7 seconds separated a wave of runners in light blue jerseys with Huskies across their chest  between Lori Kostka (9th, 20:53), Anna Wasko (10th, 20:56), Natalie Rosas (12th, 20:59), and Jannen Hermann (13th, 21:00). However, another 81 seconds went by after Hermann before their fifth runner came in. If Tuscarora can improve their fifth runner situation, they certainly could make it out of Region II and qualify to be very competitive at the state meet.

Loudoun County senior Patrick Joseph might have the best kick among all high school distance runners currently in the entire state of Virginia.  He literally ran down an all-terrain vehicle in the final 300 meters of his race at Great Meadow. The #2 ranked runner in Group AA, Joseph was given a serious challenge by VA #11 ranked Ian Macleod of Stafford, but the returning Group AA state outdoor champion at 1600 and 800 meters turned on the jets in the final downhill before the final finishing stretch to put 9 seconds between him and Macleod with a 16:21 victory.  The potential Group AA state title matchup this season is definitely intriguing between Joseph and Skyline's Thomas Madden with Madden being more long distance geared and a mid-race grinder, while Joseph has the closing speed to make the best of runners wary at the end of races.

Macleod ran a strong race up front with Joseph and it appears that his first taste of a major win in his Northwest Region 3200 meter outdoor title this past spring has given him a stronger mentality to race for the win as he tried to make moves to break Joseph in the last mile. Stafford nearly took two of the top three places with Macleod and junior Joey Abbatiello (4th, 16:42) but Abbatiello was overtaken in the final 50 meters by Battlefield senior Luke Mazzu (3rd, 16:40).

Mazzu was the top finisher for the team winners from Battlefield who impressed despite sitting out their top runner and sub 16 minute runner Haben Zemichael. Mazzu was trailed into the finish line chute by teammates Ryan Miller (6th, 16:50), Aaron Hill (10th, 17:09), Connor Lee (15th, 17:21), and Brandon Lee (20th, 17:34). The Battlefield boys are the pre-season favorites to win the Northwest Region and a potential state meet podium top 3 team, which they lived up to the hype as their team score of 45 points put them 81 points ahead of the second place team and well ahead of last year's state champions Stafford (3rd, 135 pts). Zemichael is expected to be racing again in two weeks at the Monroe Parker Invitational.

A huge surprise and unexpected team was second in the varsity A boys division with Broad Run edging ahead of Stafford and other squads from the Northwest Region and Region II at Great Meadow. Broad Run did not really have a front runner with Mitch Clements (17:19) running over 17 minutes and finishing 13th as their first finisher, but were much better on the back end of their top five than the other teams. Actually their entire top 7 was well packed after a 23 second gap between Clements and their #2 runner Dane Boegner (25nd, 17:42) as only 26 places and 43 seconds separated Boegner from their #7 runner John Vigil (51st, 18:25).

J.J. LaPointe of Bishop O'Connell looks to be one of the top private school runners coming back in Virginia this fall and appears to be running well under new boys' coach Cindy Walls, who has taken over both programs at O'Connell after exclusively coaching the dynasty which is the O'Connell girls. An 8th place finisher in last November's Virginia Independent Schools State Championships, LaPointe was just behind VA #16 pre-season ranked Joey Abbatiello for fifth place in a time of 16:44.